Vastu is the traditional Indian system that lays down the rules of construction. This is an ancient science prevalent in our land even from the Vedic times. As these principles are believed to have divine sanction, this system has come to be regarded as Vastu Shastra. Vastu Devata or Vastu Purusha is considered to be the governing deity of this system, and worship is offered to him in many ways for the welfare of the house and the people residing in it. 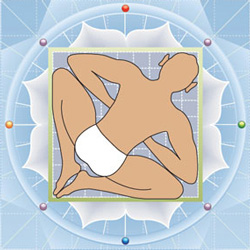 Vastu Shanti is essentially a worship of the gods of the directions and the forces of nature namely, the five fundamental elements. This is also a remedial measure done for removing any Vastu Dosha, the afflictions caused due to some issues with the land, structure, and the environment. Performing this ritualistic worship can correct the faults that might have arisen in the construction of the building and liberate the house or building from all the evil energies and negative forces. This Pooja can also act as a counter-measure for carrying out any major structural changes that are not considered to be following the Vastu principles.

Vastu Purusha is the god and the guardian angel of a house. Performing Vastu Shanti Pooja can help to satisfy this divinity immensely and hence, Vastu Shanti is highly recommended for ensuring the stability, prosperity, peace, and joy of a house or a building.

Installation and Worship of Vastu Purusha

Vastu Shanti worship commences with the installation of an image of Vastu Purusha at a proper place in eastern direction. However, for better effectiveness, this picture or idol should be installed taking into account the Sun’s transit time.

Recite the following hymn and worship the Lord of Vastu, for receiving his grace :

Chant the following Vastu Shanti Mantra, to please the deity:

Installing Vastu Purusha, and invoking and worshipping him at home can provide all-round protection to the owner and ensure the welfare of his entire family.

It is also believed that Vastu Purusha is always present in the house and that he keeps on telling ‘thathastu,’ that is, ‘so be it’ and blessing every saying to get materialized and every wish, fulfilled. Hence, people are cautioned never to swear or speak anything negative at home, and they are strongly advised always to think and talk only auspicious things.