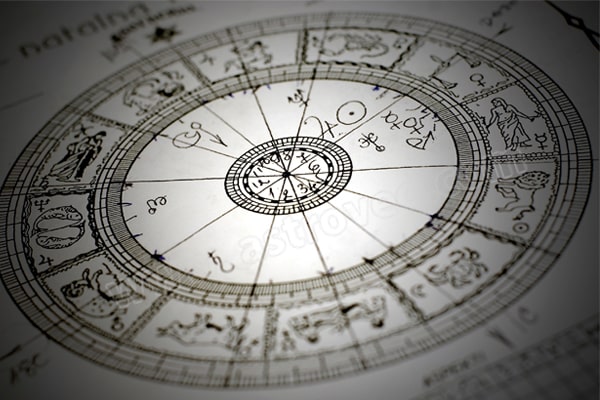 A birth chart is a unique karmic map that presents an opportunity for a person to know about his or her past and present, and delve into the future. Also called the natal chart, it holds the key to understanding yourself on physical, mental, emotional and spiritual levels.

What is the Structure of a Birth Chart?

The zodiac is a zone or a belt in space through which the planets move. There are twelve zodiac signs, represented by figures of animals. The ‘houses’ of a birth chart are a series of twelve sectors or divisions of the plane of the ecliptic, which represents the sun's celestial path for a year. The positions of the zodiac signs remain fixed in these 12 houses, while the planets move through the signs over the course of months or years. The houses are numbered starting from Ascendant (As) or Lagna and marked clockwise till 12. The chart thus begins with a framework of these 12 houses, upon which the zodiac signs are superimposed. After establishing the relative positions of the zodiac signs in the houses in a chart, the planets are plotted at their celestial longitudes, as they are at any particular time and place of birth.

A birth chart is thus an astrological chart or diagram representing in it, the positions of the planets considered in Vedic Astrology – Sun, Moon, Mars, Mercury, Jupiter, Venus, Saturn, Rahu, and Ketu. Popularly known as the horoscope, it serves as a map of the heavenly bodies over a specific location at a particular moment, based on the place and time of birth of an individual. All the planets are placed in various positions in the chart, as they are astrologically located during your time of birth.

How to Read a Birth Chart?

A correct reading of a birth chart or horoscope is the key to knowing almost everything about an individual. While analyzing a chart and arriving at predictions is an elaborate process, chart reading can be stated very briefly, as under:

These are the basics of a birth chart, after ascertaining which, you can use your knowledge of astrology and start interpreting, what each piece of the data contained in the chart, means and indicates.

Let the study begin with the reading of your own chart, which can be used as a reference for understanding yourself, in relation to the world. It can then be seen that a birth chart would remain at the core of your awareness about yourself and shall help to unlock your inner knowing.