Characteristics of the Plot and Land in Vastu Shastra

The traditional system of construction, which is in practice in our land from the ancient times of the Vedas is known as Vastu Shastra. This is nothing but bringing nature into our day-to-day existence and making us live in harmony with it. The five elements of nature - Earth, Water, Air, Fire, and Space – hence assume a lot of importance in Vastu Shastra, and here let us get to know about some facets of the Earth element, that is, about the plot of land identified for house construction.

Characteristics of the Plot of Land 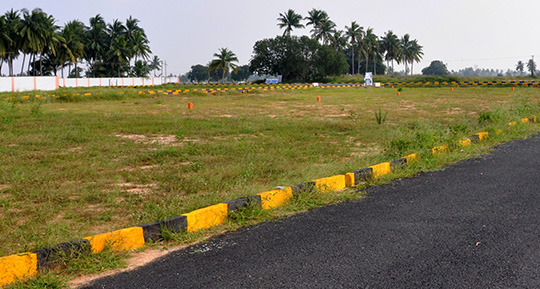 Mother earth holds every structure that stands, and hence Vastu attaches tremendous significance to this, in its principles of construction.

A house or the place of dwelling should contribute to the prosperity and well-being of the people living there, and it is the plot on which it stands that contribute to its efficacy in this regard.

Recognizing this aspect, Vastu virtually starts its architectural guidelines with the right selection of the land or the plot for erecting a house or structure.

The land or plot should be live,’ especially for constructing residential buildings and this aspect bestows great auspiciousness to it. The land is said to be alive’ when it is fertile or capable of producing healthy vegetation, while barren or unproductive lands are declared as dead’ ones. A house built on a live’ plot can transmit its auspiciousness to the lives of the people living there and provide them with healthy, successful, prosperous and peaceful lives. Hence, a residential plot should ideally be solid, with good load-bearing capacity and also be productive, with adequate availability of clean water.

It is not only the quality of the land but the status of its surface too which counts in matters of construction of houses on it. An elevation in the center, with the plot being relatively lower in levels in other places can prove auspicious for the dwellings that come up there. Likewise, a residential plot, which is raised in its Western, Northwestern, Southern and Southwestern sides, is also recommended for a long, wealthy and happy life of its residents. Also, the lands sloping towards North or East can bring in fortune to the people choosing to reside in them. It is also advisable that the level of the plot is highest in Southwest side and lowest in its Northeast.

The Roads Running Around

The roads bordering the plot also matter in Vastu. It is advantageous if streets run adjacent to the land in East or North; it is good if the plot faces two roads, in North and West or East and West; and it is highly beneficial if roads surround the land on all sides. However, roads encircling the land only on three sides may be desirable.