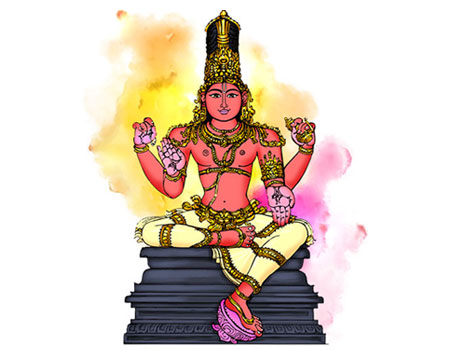 Rohini nakshatrais located entirely within the constellation of Taurus. In the night sky, it is comprised of the bright star known as Aldebaran (Alpha-Tauri). The name Rohini translates as the "The Reddish One" which signifies the passionate and abundant warmth of this star. The symbol of an ox cart reflects commerce, fertility, and the ability to carry goods or ideas. Brahma, the God of Creation, is the ruling deity who provides Rohini with a creative and materialistic nature.

People born under Rohini nakshatrahave great charisma and use their charm to get the attention of others. The fertile nature of this star helps those born under Rohini to achieve their goals as they have the capacity to express thoughts and materialize creations. The planetary influence of the Moon and Venus give this nakshatra the feminine qualities of receptivity and nourishment. Those born under Rohini have strong family values and an affinity for beauty, art and luxury.

"Reddish One" or "Growing One"

“The Star Of Ascent”

Venus, as ruler of the Taurus.

Brahma, the Creator of
the Universe

The temple that holds the greatest significance for Rohini nakshatra is located in the town of Kanchipuram in Tamil Nadu, India. This temple is also in close proximity to the Kumarakkottam Sri Murugan temple as well as the Sri Kamakshi Amman temple.

Rohini Devi attained enlightenment by offering prayers to Lord Krishna with complete devotion. Each of the 27 nakshatras is a wife of the Moon, but Rohini Devi was the very first to marry the Moon. She received this marriage blessing after standing on one toe of her right foot for eons at the Thaanthreeswarar Temple. Rohini also made offerings and prayers to Lord Krishna at the Sri PandavaDhootha Sri Krishna temple in Kanchipuram. After this Rohini, received true insight and divine realization with the darshan of Lord Krishna, who embodied the entire universe.

The Mahabharatha tells the story of Duriyodhana, who was trying to cunningly overpower Lord Krishna. Duriyodhana attempted to trick Lord Krishna so that he could easily kill him. Lord Krishna, a master of illusion, played along, but before Duriyodhana could trick him, Lord Krishna revealed his true cosmic nature in the form of Sri PandavaDhootha Perumal. Lord Krishna sits 30 feet tall at this auspicious temple and bestows his grace while embodying the whole universe.

Those born under Rohini nakshatra should visit this temple at least once in their lifetime to make offerings to Lord Krishna. It is recommended to offer food to the poor people at the temple as a remedy for karma with friends and family. Krishna’s favorite foods include Adai (rice cakes), Murukku (rice donut) and Seedai (rice, coconut and sesame sweet). It is also suggested to walk around the temple, from the left to the right, and carry a ghee lamp as a remedy to relieve sorrow. This is a temple of abundance and visiting on Rohini Day or Ashtami tithi will bring great benefits of prosperity.

Rohini nakshatranatives, your incense is made with the herb Jamun as prescribed by the Vedas.