How to worship the Sun God?

What is Sun worship?

Sun worship is an important part of many cultures. The Egyptians, Romans, Mexicans, Peruvians, Aztecs, and the Japanese worshipped the Sun. Sun worship has been in existence since antiquity and is still practiced in countries like India. The Sun is the source of energy for all living beings. Without the Sun, life could not exist on earth. this explains why the Sun is regarded as a divine being. In India, a land of many religions and festivals, there is a special festival to worship the Sun God. It is celebrated by Hindus and is called Ratha Saptami. 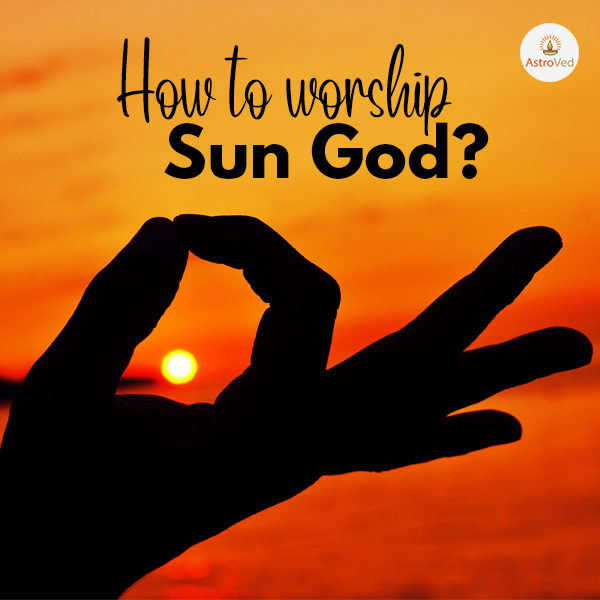 It is observed on the 7th day (Saptami) in the bright half (Shukla Paksha) of Maagha (February-March) month. In symbolic terms, it is represented as the Sun God turning his chariot, drawn by seven horses (representing seven colors), towards the northern hemisphere. In India, the Sun God is known as Surya, and the word for chariot is called Ratha. The day marks the birth of Surya as well, so it is celebrated as Surya Jayanti (Surya’s birthday). Ratha Saptami marks the onset of spring season and also the beginning of the harvest season. For Indian farmers, it is the beginning of the New Year. The festival is observed by Hindus in their homes as well as temples dedicated to the Sun God.

How to worship the Sun God?

Ratha Saptami is the festival held to honor and worship the Sun God. Ratha Saptami rituals usually begin with a sacred bath (devotees also bathe in rivers or seas) in the morning. The devotee holds several Ekka (Calotropis Gigantea) leaves on their head during the bath and chant a hymn which invokes the benevolence of the Lord. They also offer water cupped in their palms – this is called Arghyam or Tarpanam – to the Sun God while chanting hymns to the Sun God. A pooja is performed with Naivedhya (food offering), flowers, and fruits offered to the God. Some of the prayers offered to the Sun God on Ratha Saptami are the Gayatri, Adityahridayam, Suryashtakam, and Surya Sahasram namam. The most ideal time for the pooja is within one hour after the sun rises. In Mysore and Melkote, there are ceremonial processions carrying the Surya Mandala, which is the icon of the Sun God.

It is believed that Arka leaves are very important in Sun worship. The leaves are called Erukku in Tamil and bowstring hemp in English. The word is a synonym for the Sun or Surya. Arka leaves are also used in the worship of Lord Ganesha and Lord Hanuman. Its shape supposedly represents the Sun God’s shoulders and chariot. During the ritualistic bath, seven leaves are used – one is placed on the head, two are placed on the shoulders, and two each on the knees and feet. In South India, women draw a kolam of a chariot and seven horses with colored rice powder. This symbolizes Ratha Saptami. At the center of this kolam, cow dung cakes are burnt, and boiled milk is offered to the Sun God. Ratha Saptami is an important celebration in some important Vaishnavite temples like Tirumala, Melukote, Srirangam, and Srirangapattana.