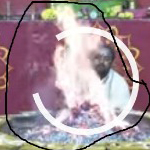 Krishna is one God who is adored by everyone. His innocent & captivating charisma, interesting childhood stories, mischievous acts, and attractive personality is sure a treat to the eyes and hearts of those who listen to his legends. Krishna has performed many miracles during his incarnation and is still continuing to bless miracles to those […] 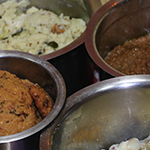 How To Celebrate Purattasi Shani Pooja Purattasi month is very special for devotees of Lord Vishnu. The story goes that the Lord came to earth during this month as Lord Venkateshwara. Vishnu is the deity of preservation and protection. Each time the forces of chaos and anarchy threaten the universe, he incarnates on earth to […]

The Significance Of Eco-friendly Ganesha Idols 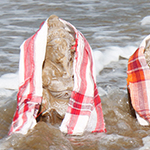 Once upon a time, we celebrated festivals with gay abandon, our minds unclouded by issues like environmental pollution and degradation, eco-friendly behavior, and the like. But not anymore. Mother Earth is in a bad shape now due to our thoughtless actions, and she has been sending us some SOS messages to warn us of the […] 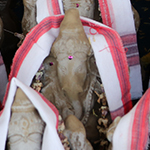 It’s the time of year when Hindus in India and abroad shop for Ganesha idols to celebrate Ganesh Chaturthi. The festival celebrates the advent or birthday of Lord Ganesha, the elephant-headed deity of wisdom and prosperity. On this occasion, Ganesha idols are installed in homes or on pandals (makeshift stages) across India. While Ganesh Chaturthi is […] 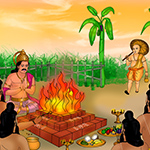 In Hindu mythology, Asuras or demons enjoy the same status as Gods and humans. All of them are regarded as the children of Lord Brahma, who created the Universe. They differ only in the way they think and also in the way they understand the teachings of the scholars. Some demons were strong and intelligent, but […] 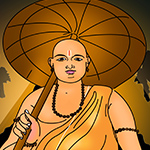 Sri Vamana Avatar was the fifth avatar of Sri Maha Vishnu. This avatar was taken to defeat the Asura king Bali, also called Mahabali, as he was becoming too powerful.In this avatar, Vishnu was called Vamana because he had a dwarf form. He was also called Trivikrama as he conquered the three worlds, Earth, Heaven, […]

What Are the Items Required for Varalakshmi Pooja? 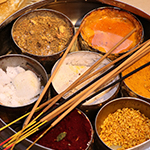 Varalakshmi Pooja Varalashmi Pooja, more popularly known as the Varalakshmi Vratham, is a festival celebrated to worship Vara Lakshmi, the boon-giving form of Lakshmi, the Supreme Goddess of Wealth. This festival is celebrated mainly in the Southern parts of the country and observed with faith by married women. It is believed that by propitiating the […]

What Can We Eat on Varalakshmi Vratham? 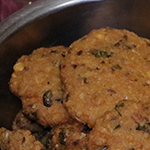 Varalakshmi Vratham Goddess Lakshmi is the Universal Divine Mother. Being the divine consort of the Supreme Protector Vishnu, Lakshmi remains the Goddess of virtually all good things in life, like wealth, health, beauty, love, power, fortune, prosperity, and joy. She is a compassionate divinity whose mere glance is enough to wipe out poverty and sorrow […]

What should we do on Naga Chaturthi? 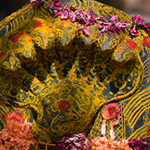 Naga Panchami is a Hindu festival, which features snake worship. The festival gets its name from the two words – ‘naga’ meaning serpent, and ‘panchami’, meaning the fifth day of the moon’s waxing or waning. Naga Panchami is celebrated in the month of Shravan (July/August), as per the Hindu lunar calendar. History of Naga Panchami […] 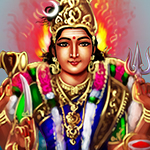 What is Aadi Perukku? 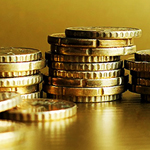 Aadi Perukku is a festival related to prosperity and fertility. It falls during Aadi Tamil month. The beginning of the monsoon season marks a season of abundance in nature and the lives of human beings. Aadi perukku is also called the Aadi monsoon festival. It is celebrated on the 18th day of Aadi month. In […] 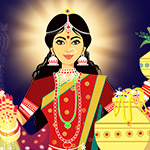 In India, there are many beautiful temples for the worship of Goddess Lakshmi. Here is a list of nine such temples.