Murugan is an extremely popular Hindu God who has extensive reference in Tamil Sangam literature. The God of War and son of Shiva and Parvati, he symbolizes youth and beauty. Above all, he defines exceptional intelligence, knowledge, and courage. There are several temples dedicated to Murugan across Tamil Nadu. One of the most famous temples is the Vallakottai Murugan Temple, also known as Vallakottai Subramaniyaswami Temple.

This famed temple is situated in the Vallakottai town of Kancheepuram district in Tamil Nadu. 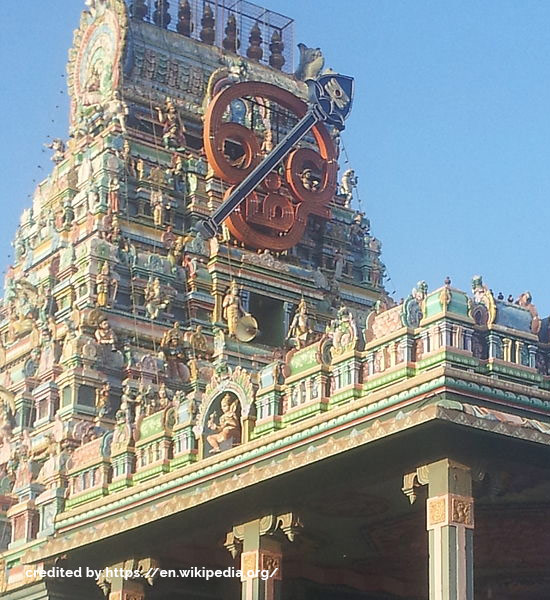 Legend has it that the Devas were troubled continuously by a powerful demon called Vallan. They went to Murugan and sought his help to quell the demon. Knowing that the time had come for him to put an end to the atrocities committed by Vallan, Murugan fought against the demon and slew him. Later, he established the place and called it Vallakottai (Vallan’s fort).

Meanwhile, Indra, the King of Gods, asked his Guru Brihaspathi to suggest him a place where he could worship Murugan. Brihaspathi suggested Indra go to Vallakottai. When he arrived, Indra pierced the earth with his weapon Vajrayudha and created a tank from which water could be extracted. He then made an offering to Murugan here and fulfilled his needs. The temple tank was henceforth named Vajra Theertha.

According to another legend, the king of Ilanji kingdom Bhagiratha was very arrogant in his behavior with Sage Narada. Narada wanted to teach him a lesson. He angered a demon Goran to attack the Ilanji kingdom. Goran was mighty and suddenly attacked the Ilanji kingdom. King Bhagiratha did not anticipate the attack and lost the battle. He relented and sought Sage Narada for advice. Narada asked him to seek Sage Durvasa, who would help him find a solution. King Bhagiratha wandered in the forests and found Sage Durvasa eventually. The revered sage advised the king to worship Murugan at Vallakottai to redeem his kingdom. King Bhagiratha prayed to Murugan for several years at this place and built a temple for him.

The Vallakottai Murugan Temple lies in the Sriperumbudur- Singaraperumalkoil road. The temple is built along the lines of Dravidian architecture. The temple has a five-tiered Rajagopuram with a big mandapam at the front. The Rajagopuram leads to a granite hall with pillars and the sanctum. The sanctum faces east, and the presiding deity stands 7 feet tall in a standing posture. Twin images of the peacock stand facing the presiding deity.

The idols of Utsava Murugar, Shri Ambal, Shri Shanmugar, and Shri Vinayagar are also installed in the temple. The temple has some beautiful carvings that depict the Thapas Kamakshi and Shri Rama, embracing Anjaneyar on the pillars of the Ardha Mandapam.

This temple is considered as important as the Arupadai Veedu (six abodes) of Murugan. The Vallakottai Murugan Temple finds reference in Thirupugazh, written by the famous 15th-century poet-saint, Arunagirinathar. Eight verses in the Thirupugazh are in worship of the temple.

The temple is ancient and believed to be around 1,200 years old, built by King Bhagirath, the ruler of Sankondpuram in the kingdom of Ilanji. He built the temple as his gratitude towards God. The Vallakottai Murugan is called Izhanda Selvangalai Meetuth Tharum Arulmigu Kodaya Andavar. (he who restores all that is lost).

The temple tank is called the Vajra Theertha, and it is the firm belief of devotees that a holy dip in the tank, chanting the name Om Saravanabhava can end all miseries. The Subramaniyaswami temple is very famous and has the tallest idol of Murugan in India.

Priests perform poojas as a daily ritual and during festivities. Weekly, fortnightly, and monthly rituals are observed in the temple.

The pilgrims carry the kavadi to the shrine, and Abishekams are performed to the idol on behalf of the devotees. The Abishekam of holy ashes (vibhuthi), to the presiding deity, is followed here as in the Palani temple.

How to Reach Vallakottai Murugan Temple

The closest airport is the Chennai Airport, with domestic and international terminals.

Chennai is well connected by rail, and there are two railway terminals in the city that has trains bound for north, south, east, and west.

Frequent bus services are available to Vallakottai from Tambaram and Sriperumbudur.