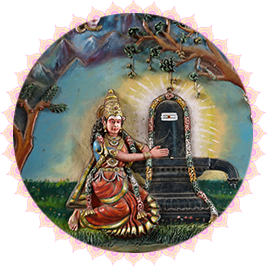 What is Panguni Uthiram?

The full moon which occurs in the month of Panguni is Panguni Uthiram. This day falls in the period, March - April. It marks an important festival honoring Lord Muruga, the son of Lord Shiva and Goddess Parvathy. He is an important god to Tamilians, so the festival is celebrated not only in Tamilnadu, but across the globe. The Tamil diaspora, settled in various parts of the world, celebrate this day with great enthusiasm.

The significance of Panguni Uthiram 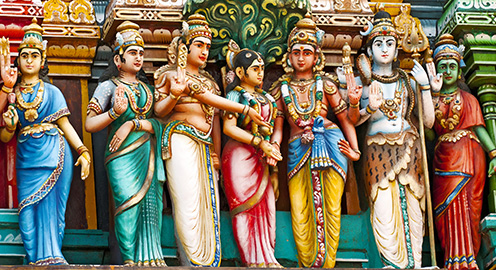 This day is celebrated by both Shaivites and Vaishnavites. On this day, Lord Shiva married Lord Parvathy. Similarly, the wedding between Murugan and Deivanai also occurred on this day. Tamil literary works claim that the union between Lord Rangamannar and the poet Andal happened on this day. This day is also highly significant as it is the wedding day of Lord Rama and Goddess Seetha. Hence, this is a special day for celestial weddings.

The mythology behind Panguni Uthiram

Though there were other celestial weddings on this day, Panguni Uthiram is highly significant to Lord Muruga as he married Deivanai, daughter of Lord Indra, on this day. Also called Devasena in North India, she was raised by Indra’s white elephant, Iravat. All Murugan temples celebrate this day.

Jayantipura Mahatmya talks about the divine marriage between Lord Muruga and his consorts, Valli and Deivanai. According to the Skanda Purana, both Deivanai and Valli were destined to marry Lord Muruga. They were raised as sisters, Amrithavalli and Sundaravalli, and in later lives they were rechristened as Devasena and Valli, post their adoption by two different people, and were separated in their lives. Indra adopted the first daughter and a tribal king, the second daughter. When Muruga killed the evil Demons, he was married to Deivanai. Later, with his brother, Ganesha’s help, he married Valli and took her to Thiruthani.

The idols are beautifully decorated with jewels and flowers. Devotees cook a special feast and offer it as prasadam. They observe a strict fast as well and recite prayers and special chants like Kanda Shashti Kavasam, Kanda Puranam, etc.

Various Kavadis (burdens) are taken by devotees of the Lord to pay their tributes for his benevolence. Devotees flock to temples of Lord Muruga.

To get rid of litigation and other legal issues, pray to Lord Muruga/ Subramanya. This powerful Archetype also helps to overcome debts...