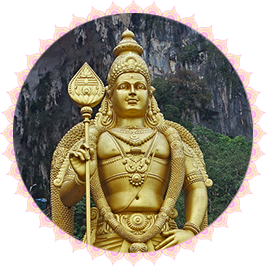 Lord Murugan, the son of Lord Shiva and Goddess Parvati, is one of the highly celebrated Gods in Tamil Nadu. Skanda Sashti (birthday of Skanda or Muruga) is one of the popular festivals observed during the holy Hindu month of ‘Karthika’, which corresponds to October-November in the English calendar. The fasting period lasts for a period of six days and concludes with the ‘Soorasamharam’ or killing of Surapadman. 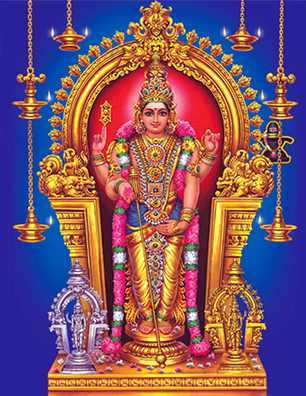 The importance of the festival is extensively elaborated in ancient Hindu scriptures like the ‘Skanda Purana’. Lord Surapadma was an extremely powerful demon who even established his hegemony over the Devas and captured the earth. This resulted in the spread of Adharma (non-righteousness) and evil in the world. To stop anarchy from spreading in the world, Murugan, the son of Lord Shiva and Goddess Parvati, took command of the Devas and waged a battle against the forces of evil. This fierce battle lasted for a period of six days and eventually resulted in the death of Surapadma, who was felled by Lord Murugan’s divine lance (Vel). Thus, this occurrence has come to be popularly hailed as ‘Soorasamharam’. The festivities conducted on this day celebrate this divine victory and spread the message of good prevailing over evil.

The occasion of Soorasamharam commemorates the victory of good over evil. Legend states that it was on this day that ‘Lord Murugan’ vanquished the demon ‘Surapadma’ with his lance known as the ‘Vel’. This divine incident gave rise to the term ‘Soorasamharam’. The day is observed with great dedication by Tamil devotees throughout the world, who worship Lord Muruga for restoring ‘Dharma’ (righteousness) and liberating the world from evil forces. The day after ‘Soorasamharam’ is observed as ‘Thirukalyanam’ (divine wedding), which is celebrated as the day when the marriage ceremony of Lord Murugan and Devasena was solemnized. Lord Murugan temples all across the Southern parts of the country celebrate the occasion of ‘Soorasamharam’ with great zeal and enthusiasm. Of special mention are the festivities held in the Tiruchendur Murugan temple, which are conducted in a grand and spectacular manner.

The fasting phase of the Skanda Sashti festival continues for a period of six days, and the last day is known as ‘Soorasamharam’. Those who observe the fast should not consume more than one meal during the course of the day. The fasting period concludes on the day of ‘Tirukalyanam’. All Murugan temples conduct special rituals on this auspicious day. Many devotees travel long distances to witness the ‘Abhishekam’ (hydration) of the deity, which is then followed by ‘Shringar Darshan’ (spectacle of the decorated deity).

At the Palani temple, a huge procession carrying Murugan’s image is taken out of the temple and winds its way through the entire town. The famous Tiruchendur Murugan temple also sees numerous devotees coming from all over Tamil Nadu and other Southern states to witness a re-enactment of this divine incident.

The Shatrusamhara Homa (Fire Lab) invokes the blessings of Lord Subramanya to protect us from evil forces and harassment by enemies...

To get rid of litigation and other legal issues, pray to Lord Muruga/ Subramanya. This powerful Archetype also helps to overcome debts,..

Are you lagging behind in confidence and wisdom? Possess the Subramanya Yantra to boost your confidence level and to...