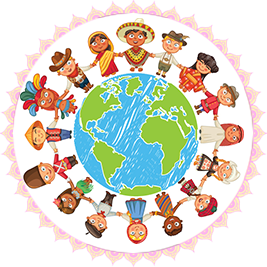 Begetting children is considered as one of the greatest blessings of life. It is even regarded as the principal purpose of marriage and family life. While individuals regard their children as precious gifts who will carry forward the lineage and family traditions, there is a much larger significance too, for them. Children are considered as the hope for the days to come, and it is on their fragile shoulders that the future of the society and the country rests. Children’s Day is an occasion that celebrates children. It acknowledges their value and recognizes their significance as the torchbearers for a bright and promising future. 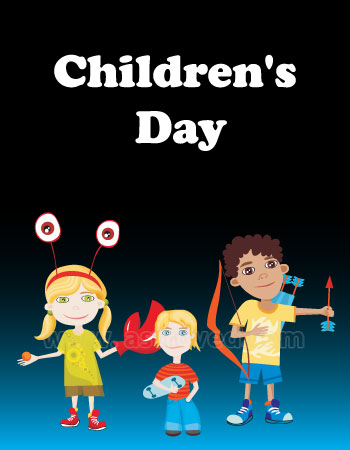 There is a practice of earmarking a day of the year for honoring those, who play important roles in the lives of the people in the world. We thus have Mother’s day, Father’s Day, Siblings Day, Grandparents Day, etc. for showing respect to these family members. Children’s Day occupies a place of pride among these special occasions.

The history about the origin and development of the day is interesting. The observance of Children’s Day as a formal occasion started from the second Sunday of June in 1856 by Dr. Charles Leonard, the priest of the church in Massachusetts, America, when he held a prayer service dedicated for children. The day was first called as the Rose day, then, as Flower Sunday and ultimately, as Children’s Day. However, it was Turkey, which first declared the day as a national holiday in 1929, setting the date for its observance as April 23. The day underwent further changes elsewhere in the world. An organization called Women’s International Democratic Federation set forth in the year 1949, The International Day for Protection of Children as Children’s Day, to be held on June 1 and this began to be observed by many countries since 1950. Thus, while many nations joined in the observance of Children’s Day, different nations started celebrating it on various dates.

However, subsequently, the United Nations recommended that Children’s Day to be observed on November 20 and quite a few countries began following this day too. It was the United Kingdom, which declared in 1954 that Universal Children’s Day will be celebrated every year on 20th of November and started observing it to promote understanding among world children and to initiate action for their welfare. Later, on the same date in 1959, the UN adopted the Declaration of the Rights of the Child and then in 1989, the Convention on the Rights of the Child.

Children’s Day began developing gradually into a global movement as it started addressing various issues that were of concern to the children at large, like poverty, violence, abuse, exploitation, child labor, discrimination, disabilities, etc.

Significance of Children’s Day in India

Children’s Day holds a special significance in India. Here, it is the birthday of Pandit Jawaharlal Nehru, the first Prime Minister of our country and the architect of modern India that is celebrated as Children’s Day. He loved children with all his heart and hence, 14 November, his date of birth is observed as Bal Divas, the Children’s Day here.

Children’s day is celebrated with immense enthusiasm in India, during which various programs are held for the children, both by the Government and other organizations. Cultural and educative activities are also conducted involving children, and plays are staged, competitions are held, gifts are distributed, and picnics are organized for them. Parents too participate in this joyous occasion and enjoy themselves along with children.