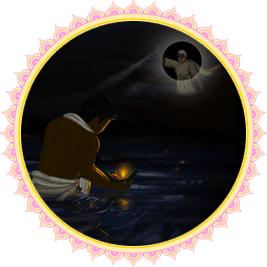 Aadi Amavasya is the Amavasya (New Moon Day) that falls in the Tamil month of Aadi (mid-Jul to mid-Aug). Aadi Amavasya is one of the three most powerful New Moon days to offer Tarpanam (ancestral rituals) to honor your ancestors and receive their eternal blessings.

The month of Aadi is considered highly auspicious when divine forces bless the earth with grace and answer your prayers. Offering Tarpanam rituals for your ancestors on Aadi Amavasya can help their souls attain Moksha (salvation), and they in turn bestow their blessings on you.

It is believed that on Aadi Amavasya, spirits are more willing to accept the offerings and are satisfied when their successors perform Tarpanam rituals for them. In addition, every year, during the month of Aadi, the Sun starts its movement towards the South, which is called ‘Dakshinayana’ (Dakshin means south, and Ayana means travel). Since this is the first New Moon day during this period, it is regarded as the more powerful day for performing Tarpanam rituals.

According to the great Hindu epic, Mahabharata, every human soul owes the Trinity Lords – Brahma, Vishnu and Shiva - three major debts. One of them is ‘Pitru Rin’ (the debt to ancestors). This is owed to Lord Brahma and it is cleared by performing Tarpanam rituals for ancestors. 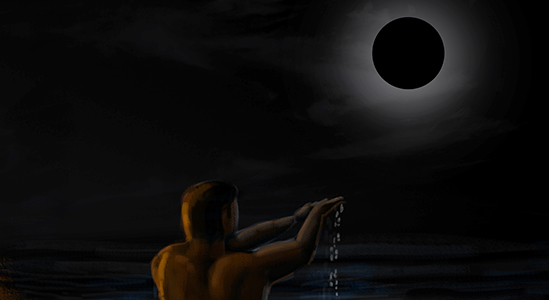 It is always ideal to perform these rituals on natural water bodies (sea, pond, river or lake). Taking a holy dip in sacred water sources is considered a pre-requisite to cleanse oneself of impurities, before commencing the Tarpanam ritual. A large number of people usually gather at the Agni Theertham in Rameshwaram, South India, on this sacred day to perform the rituals for their ancestors. Other sacred spots include Triveni Sangamam in Kanyakumari and various holy Ghats on the banks of River Cauvery.

You can observe complete or partial Vrat (fasting) with a single meal on this day to mark your devotion towards your ancestors.

Performing Tarpanam rituals to your ancestors on Aadi Amavasya can bestow the following blessings:

Appease your ancestors and receive abundant blessings from them to solve your life problems. Participate in our special Tarpanam programs and other ancestral Poojas to help liberate your ancestral souls and reduce the intensity of their afflictions on your future generation.

Tarpanam is the essential ritual to resolve every kind of problem, and it is the greatest act you can do to help liberate your ancestors

The Tarpanam Ritual performed on the New Moon Day should be conducted only by fatherless sons, as the departed forefathers are solely dependent on their progeny to feed them.

Tarpanam is a simple yet powerful act to change your destiny. It is a technique of satisfying your ancestors by offering them food, black sesame seeds, rice and water and seeking their blessings...