Introduction about the Deo Krishna Mandir

The Krishna Janmasthan is a Hindu shrine located in the city of Mathura in the Indian state of Uttar Pradesh. Mathura is considered one among the most sacred of Hindu sites and is the birthplace of Lord Krishna. The Keshav Dev temple is situated beside the main Krishnajanmabhoomi complex and Lord Krishna is the presiding deity of this shrine. The site on which the shrine has been built is regarded to be the exact spot where Lord Vishnu is believed to have manifested as Krishna. Vedic tradition attributes the installation of the Idol in temple to Bajranabh, the great-grandson of Krishna. Since the main Krishnajanmabhoomi complex is under jeopardy by terrorists, the Keshav Dev temple has sprung into prominence as the premier place of worship in Mathura. 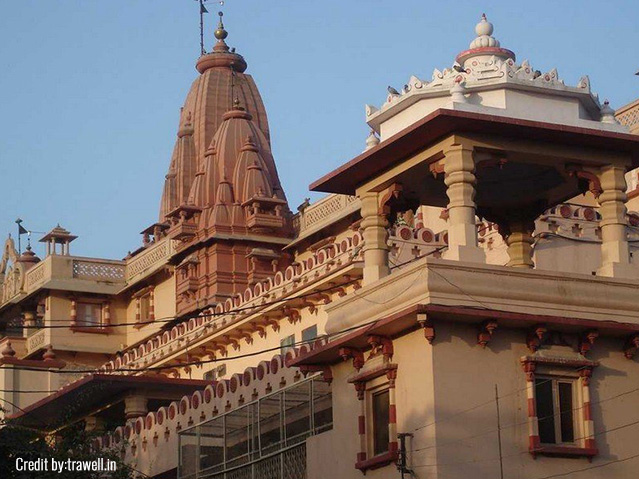 History of the Deo Krishna Mandir

It is strongly believed that the first temple here was built almost 5,000 years ago by Lord Krishna’s great grandson and after that, another was built on the same spot by the Gupta Emperor Chandragupta II in 400 A.D. Several legends abound about this structure and it is said that it was such a splendid piece of work that no words or paintings could describe its grandeur. The temple was destroyed by 1017 by Mahmud Ghazni and rebuilt by Jaija in 1150 A.D, during the reign of Vijay Pal Deva.

Chaitanya Mahaprabhu is believed to have visited the temple in Mathura before it was destroyed again by Sikandar Lodhi in the 16th century. The fourth temple was built by Veer Singh Bundela of Orchha during Emperor Jehangir’s reign. Aurangzeb is said to have destroyed it again in 1669 and built a mosque on the site.

In 1951, Jugal Kishore Birla formed a trust to which the rights of the land were transferred. Jaidayal Dalmia was another prominent personality who took a keen interest in building the temple and it finally became a reality. The construction of the present temple was finally completed in 1965 at a whopping cost of fifteen million rupees.

Significance of the Deo Krishna Mandir

The idols of Radha Krishna in the temple are six feet high and these, including those of Sri Jagannath, Subhadra and Balram are made using Nimba Kashtha wood. The life-size tableaux of Krishna interacting with cows and those of the Rasleelas are a must visit for any devotee. The idols of all the deities in the temple are unique and have a distinct quality of their own. The Deo Krishna mandir is also the site of the Keshavadeva temple and dedicated to the long haired form of Lord Krishna. The complex also consists of the Bhagavata Bhawan, a network of five main temples. Mathura is considered as a part of the Sapta Puris in the Garuda Purana and is the birthplace of Lord Krishna, one of the most revered and beloved Gods in Hinduism.

Architecture of the Deo Krishna Mandir

The temple is a brilliant piece of workmanship and portrays Indian architecture at its finest. Images of Lord Krishna and his beloved Radha proliferate in the interiors of the temple. Several idols of other Hindu Gods and Goddesses are also enshrined within the temple, and a cell inside which Krishna was born is also a part of this complex.

Several Pujas and Aartis like the Yamuna Aarti, the Nava Graha Puja, the Gopal Sahasra Naam Path, the Rudrabhishek and Mahamrityunjaya Path, the Poshak Seva, the Phool Bangla and the Bhog Seva are conducted in the temple. Also, the Akhand Sankirtan recital has been going on uninterruptedly since 1982.

The major festivals celebrated are, Sri Krishna Janmashtami, Holi, Basant Panchami and the Jagannath Rath Yatra. Other festivals like Radhashtami, Goverdhan Pooja, Mahashivaratri, Diwali, Bhai Duj, and Gopashtami are also occasions of celebration in the temple.

All these festivals are celebrated with great fervor in the shrine and a large number of devotees take part in the proceedings.

Benefits or Blessings of the primary deity- Deo Krishna Mandir

Circumambulating the holy city of Vrindavan is said to wipe out all the accumulated sins of a person in present and previous births. Worshipping Lord Krishna helps one achieve happiness and pleasure and he never disappoints those who pray to him with a clean heart. Those hankering for material benefits are also blessed with his benevolence.

Location – How to reach the Deo Krishna Mandir

The Internationally renowned holy city of Mathura is the birthplace of Lord Sri Krishna and popularly known as Krishna Janmabhoomi. The ancient town of Vrindavan is about 15 km from Mathura.

By Air: The nearest Airport is in Agra, which is about 50 km away.

By Train: Mathura is well connected by an extensive rail network to other parts of the country.

By Bus: Several state and private buses ply to and from Mathura.