The ancient temple of Sri Veereswara Swamy and Goddess Bhadrakali lies twenty-five kilometers from Amalapuram town in East Godavari district of Andhra Pradesh. The temple is in the Muramalla village on the banks of the river Gauthami, a branch of the river Godavari. The Goddess Bhadrakali shares the same sanctum as Veerabhadra Swamy, to appease him. 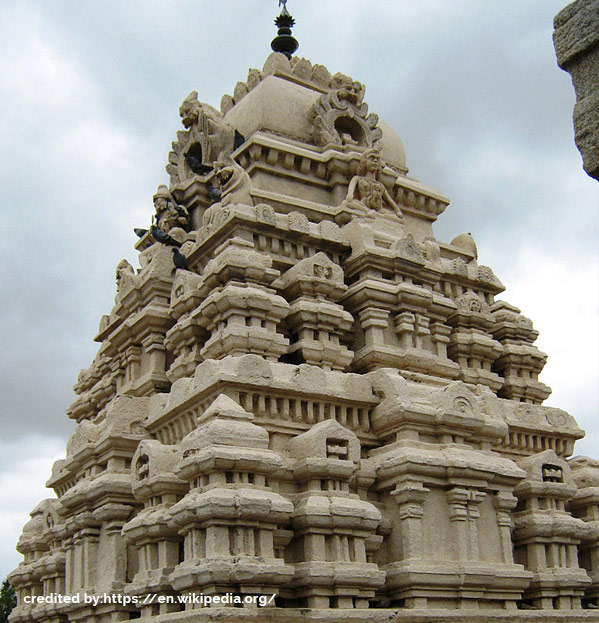 The temple fell into the river due to natural calamities, including massive floods, and became severely damaged. The story goes that over a hundred years ago, a local man of noble gentry, Sarabha Raju of Komaragiri, saw Veerabhadraswamy in his dreams. God wanted to rebuild the temple, which was in a dilapidated condition. Sarabha Raju was carrying the Shiva Lingam to a new place, and the Lingam turned out to be too heavy to carry. God appeared and advised the nobleman to have the Lingam installed on the premise where the old temple lay in Muramalla. Routu Peramma, a Dravidian queen, rescued by God when her boat overturned in the Bay of Bengal, built the Kalyana Mandapam for the temple.

Legend has it that Shiva was enraged when his consort Sati did self-immolation at her father, Daksha's Yagna. Daksha, at the Yagna, heaped insults on her and her spouse, Shiva. Sati, unable to bear the humiliation, committed self-immolation.

Shiva’s rage knew no bounds, and he performed the Tandava. He plucked a lock of his hair and threw it on the ground. When the lock of hair touched the ground, a colossal volcano erupted, and thence appeared Sri Veerabhadra Swamy, a reflection of Shiva’s anger. Sri Veerabhadra Swamy went to the venue, destroyed the Yagna, and cut off Daksha’s head. He replaced it with that of a male goat. But Vishnu advised Shiva to give life to Daksha, and finally, they completed the Yagna successfully.

However, Shiva’s grief was immense, and he was unable to contain himself. He picked up Sati’s lifeless body and performed the Tandava. The Gods and saints visited Vaikunta and prayed to Vishnu to appease Sri Veerabhadra Swamy. Vishnu appeared as Narasimha and tried to pacify Sri Veerabhadra Swamy. The latter, however, refused to let him go. Brahma, Vishnu, and other Gods prayed to Adi Parashakthi. She sent Bhadrakali in the guise of a young girl to Sri Veerabhadra Swamy, and he calmed down after seeing her.

Sri Veerabhadra Swamy and Bhadrakali were then married according to the Gandharva Vivaham customs with the blessings of all the Gods, saints, and the Trinity. The Maha Munis have initiated Ashramas called Muni Mandali, which in turn became Muramalla after many years. The Nitya Kalyanam (celestial wedding) occurs early in the morning and at night. The priests decorate Sri Veerabhadra Swamy as a bridegroom and then perform the Pavalimpu Seva. The belief goes that Veerabhadra Swamy gets angry if they do not complete the marriage ritual. The priests take the deities around the village before the Kalyanam, observing traditions.

The story goes that the King of Peddapuram once sent mangoes to Sri Veerabhadra Swamy to perform poojas and Nitya Kalyanams. He sent the mangoes through a Brahmin due to the lack of transport in those days. The Brahmin felt very hungry on the way and ate a mango. After reaching the temple, he performed the Abishekam (sacred wash) Kumkuma poojas and Kalyanams to God and returned to Peddapuram with the Prasadam (holy offering). That same night, the King of Peddapuram had a dream where God appeared and said that he had received only one mango as an offering and vanished. The King summoned the Brahmin the next day and told him about the dream. He inquired about the mangoes.

The Brahmin was truthful and confessed he had eaten one mango because he was ravenous. The King, understanding that the Brahmin was very poor, immediately sanctioned financial assistance to him. After a few days, the king went to the Muni Mandala to worship Sri Veerabhadra Swamy. He ate meals from the old Brahmin’s house. Pleased with the meals served at the Brahmin’s house, the King enquired the secret of the tasty chutney served along with the food. The Brahmin told the truth, saying they made the chutney from the grass. He and his wife were old and were unable to go outside to purchase proper commodities to serve the King. The King then granted the Brahmin a piece of land at Komaragiri village by the name of Gariki Pocha Manyam.

The Belief of Muramalla Temple

The local theory is that any unmarried adult visiting the Sri Veereswara and Goddess Bhadrakali temple in Muramalla village even just once will soon get a suitable proposal for marriage. Not just devotees witness the Nitya Kalyanam of Sri Veerabhadra Swamy, for belief goes that great sages, including Agastya, Vishwamitra, Vasishta, Gowthama, Vyasa, Bhargava, Bharadwaj, Sukudu, Marichidu, Markendeyudu, Kasyapudu, and Narada also witness the Nitya Kalyanam.

The temple celebrates festivals that include Maha Shivaratri, Laksha Rudraksha, and the annual Brahmotsavam festivals. They commemorate the Pushkaranadi Jalabhishekam and Chandi Homam with religious fervor. The Muramalla temple also performs the Gau Pooja, Panchamrutha Abishekam (sacred wash), and the Nityakalyanam Pooja. The temple performs rituals that include Annaprasanna, Mahanyasam, and Vahana pooja.

People finding it difficult to get good proposals for marriage have been married after visiting the temple just once. Parents whose daughters’ weddings get delayed perform marriage for Sri Veerabhadra Swamy, so that their daughters may get married early. Childless couples also visit the temple for getting boon for progeny.

How to Reach Muramalla Temple

The nearest airport is located at Rajahmundry.

Rajahmundry and Kakinada Port are the nearest railway stations.