The cave temple is located in Hulimavu, Bannerghatta Road, in Bangalore. The temple is famous for inducing a cave structure inside. It is also known for its Indian rock-cut architecture. Every year devotees visit the temple to witness the magical phenomenon on a specific day.

The creation of the temple remains in such a way that the placement of two stone discs allows the sunrays to focus on the Shivalinga every year for just one hour. Devotees gather here to watch such an astronomical event. Other than that, the temple celebrates Shivaratri with such huge glory that it attracts devotees from all around the world. 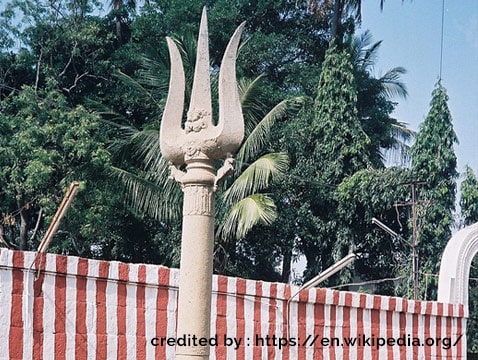 The temple is also known as Gavipuram Cave Temple. The presiding deity is Lord Shiva; the temple is unique because of the formation of two discs that make the magic possible.

The main idol is situated in the inner sanctum of the temple, which has a tall Shivalinga. There is also an idol of Agni or the Fire Dev, which is rare to witness anywhere else. The idol of Agni comprises two heads, seven hands, and three legs. The temple also lets the devotee enjoy the beautiful sculpture of the Nandi bull, the mount of Shiva. It also has a mesmerizing image of Shakti Ganapathi with 12 hands.

The temple dates back to the 9th century; it is believed that the temple was built of a rock when it was cut. In the temple, the great sage Gowthama performed his penance. The temple was then extended in the 16th century by Kempegowda I, the founder of Bangalore.

There is a legend about the temple which says that Kempegowda was imprisoned by Rama Raya. When he got released after five years, he built this temple or extended it to show his gratitude.

One interesting fact about the temple is, the temple is present in the painting of the British artist James Hunter of 1792.

The architecture of the Gavipuram Cave Temple is considered magical since it was made out of a monolith rock. The inner sanctum is present inside a cave that is also carved out of a rock. The two pillars that exist in the forecourt of the temple are the major attraction since these pillars have two huge discs for Moon and Sun.

There are two more pillars, one representing the Trident and another one the two-headed Damru, the possessions of Lord Shiva.

The magical phenomenon can be witnessed every year on 14th Jan. An astronomical event takes place with the rays of setting Sun when the Sun is in the West fall on the wall of the temple. The sunrays start from the back of the Nandi’s statue and pass on its horns; it then reaches the feet of Shivalinga, and finally, it illuminates the Shivalinga.

This entire scene becomes mesmerizing that thousands of devotees come to the temple to visit this wonder. The moment it happens, the continuous ringing of the bells is made in the temple. Both priests and devotees chant the mantras; the scenery looks like the Sun is showering the Shivlinga with its rays.

The entire scene goes on for an hour, and a large crowd of devotees gathers and waits for hours to witness this magical happening. On the very day, Makar Sankranti is also celebrated, which makes the overall day even more auspicious.

Other than that, when we are in the outer mandapa, it leads to a cave that has pillars built in Vijayanagara style. These pillars set themselves on the floor and go a few inches below the forecourt. The entrance to the cave is adorned by Shiva’s dwarapalakas or doorkeepers.

When we enter the cave to witness the shrine of Shiva, the stairs lead to the cave, which is hardly 6ft making every devotee bowing their head automatically. There are several other deities and shrines of sages around Shiva’s idol; however, taking photos inside is not allowed; devotees can only capture the courtyard area.

A stream of water is always there that flows through the cave, next to the presiding deity. This flowing water denotes the holy river Ganga which resides in the matted locks of Lord Shiva and flows onto the Earth.

The naming of the temple hence gets its justification. The word Gavi means cave and Gangadhareshwara, which can be broken as Ganga, Dhara, and Eshwara. Here Ganga is the holy river, Dhara means adorning, and Eshwara means God. The name hence becomes as the Cave of the Lord who adorns the Ganga and hence “Gavi Gangadhareshwara.”

The Astronomical Phenomenon and Makar Sankranti

As stated, every year, the wonder happens on 14th Feb, which is also the day of Makar Sankranti. The day in Hinduism is considered auspicious because the Sun enters the Northern hemisphere. This also denotes the beginning of all auspicious works, and the day is also marked as the morning of God after a long night.

The day also signifies the end of winter and the beginning of summer. Hence when the day brings all such aspects together, it is considered one of the most auspicious days. That is why thousands of devotees attend the Gavi temple and get a glace of Shiva while it is bathing in the sunrays and celebrate the occasion of Makar Sankranti as well.

One belief says that anyone who worships the idol of Agni dev situated inside the temple gets rid of all eyes defects.

It is also considered that two tunnels go from the inner sanctum. One of these leads to the city of Varanasi to North India, and another one leads to another Shiva temple named Gangadhareshwara that is located on a hill and is about 10 miles from the Gavi temple.

One can first reach Bangalore via any transportation mode such as Air, Rail, or Road. Once reached, the city can be traveled to its inner parts using any convenience such as buses, private cabs, or auto rickshaws.