Gavi Gangadhareshwara is dedicated to Shiva and is one of the famous cave temples of Karnataka. It is located in Hulimavu, Bannerghatta Road in Bangalore. The temple is known for its mystical nature, where the rare phenomenon of the light from the Sun’s rays directly falls over the Shiva Lingam. The temple is famous for its mysterious stone disc in the forecourt. Kempe Gowda I built the temple, who was renowned as the founder of Banglore city.

Many people believe the two tunnels present in this temple, the first tunnel connects to the city of Varanasi, and the second tunnel connects to the Gangadhareshwara temple, which is on the hill of Shivagange, present very close to this temple. Abishegam of the Shiva Linga by milk is considered highly sacred. There are many visitors to this temple from many parts of the world for its great mystical powers, which help the devotees gain greater spiritual inclination. 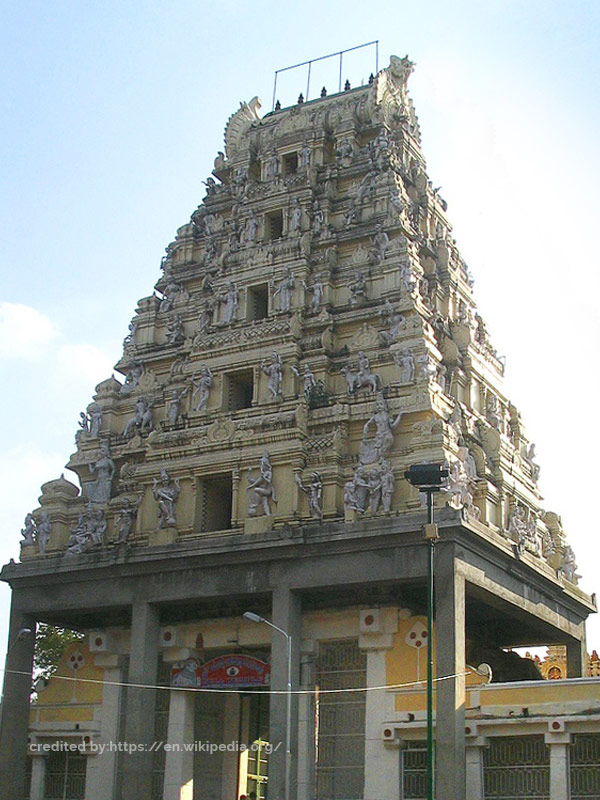 There are several legends connected with this temple. The most famous one is that it was built by the founder of Bangalore, Kempe Gowda I around the 16th century. Apart from this temple, he has built several other temples in Bangalore. Once he was arrested by the king, and imprisoned for five years. When he was released, he made a cave temple out of his respect for Shiva.

The architecture of Gavi Gangadhareshwara:

This is one of the oldest rock-cut temples, which is made of monolithic stone. There are several discs at the entrance of the building. There is an idol for Agni, the God of fire. This is the only temple that has an idol for Agni in entire South India. The granite pillar in the forecourt of the temple is one of the major attractions. Two discs represent the Sun and the moon and have been kept near the entrance. The temple has a stone trident, which is colossal and also has a Damaru, the drum of Lord Shiva.

The mystical illumination of light happens on the day of Makar Sankranthi, where the incident sun’s rays fall on the Nandhi, which are reradiated on the Shiva Lingam. People celebrate this day by ringing bells continuously. Shiva Rathri is an iconic festival here, where the mystic power of Lord Shiva is felt. All the ten days of Navaratri is celebrated with high reverence in this temple. Other than that, festivals like Ugadi, Deepavali, Makar Sankranthi are highly important.

It is believed that Agni would ward off eye diseases. People from all parts of the world come to this temple for remedies. Worshipping Shiva in this temple can help enhance positivity, and gain mental strength. Many devotees worship in this temple to get a good career and a confident mindset to cater to all challenges. Devotees believe that God would protect them like an amulet from enemies, and other negativities of life.

How to reach Gavi Gangadhareshwara temple:

The Nearest airport to reach this temple is in the city of Bangalore, which is almost 30 Km from the temple. Once reached the Bangalore airport, it is optimal to choose to travel through roadways. There are a lot of private taxis available.

The nearest railway station is in Bannargatta, which is located very close to the temple premises.

This temple is well connected with busses of local and state transport, operated by both government and private agencies. Other than busses, autos, and taxis are also available.