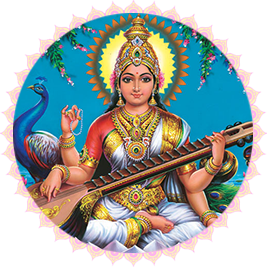 What is Ayudha Pooja?

The word “Ayudha” denotes weapon/tool and Pooja worship. The ritual is an inherent part of the “Navratri”, “Dussehra” or “Golu” and is widely celebrated in many Indian states. The festival occurs on the ninth day of Navratri that honors the Goddesses Lakshmi, Parvati and Saraswati in different forms. This special occasion is usually celebrated in the Tamil month of Purattasi (September – October), also known as Bhadrapada month in North Indian calendar.

The significance of Ayudha Pooja 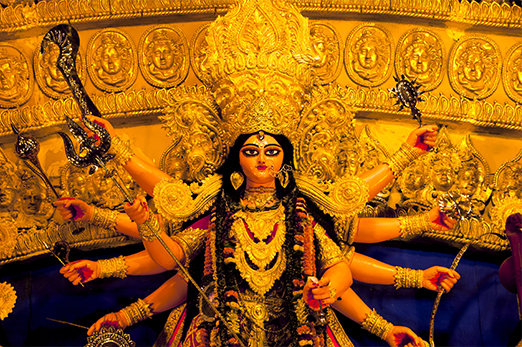 Ayudha Pooja simply denotes paying reverence to the weapons used in one’s profession, be it a plow, pen or a musical instrument. It reminds us to treat one’s profession with great respect and on this day, the implements are worshipped with respect and gratitude. In South India, Ayudha Pooja is also celebrated as Saraswati Pooja, when children worship their books and seek the Goddess’ blessing. Saraswati is the “Goddess of Wisdom”. Generally, this occasion celebrates the slaying of the demon, Mahishasura, by the Goddess Chamundeeswari, an incarnation of Goddess Durga.

The mythology behind Ayudha Pooja

It is believed that Goddess Chamundeeswari received several weapons to kill the demon Mahishasura. The weapons were of no use once the Goddess killed the demon and hence they were worshipped separately. The importance of the ceremony is underscored in the Hindu Epic, Mahabharata. It is believed that Arjuna worshipped his weapons on this day. They had been kept hidden in a Vani tree during his exile period of 13 years. He was a renowned Pandava king and was highly dextrous in archery.This ritual enabled him to get the blessings of Goddess Durga, which helped him to succeed in the war against Kauravas.

The Customs and Traditions involved in Ayudha Pooja

The Pooja mainly involves the worship of weapons and implements. Hence, special pooja is offered to Goddess Saraswati in every house, office and shop. People worship all sorts of tools or implements used in their profession. All the tools are decorated with sandalwood paste, vermilion, and sacred ash. The day also involves Vahana (Vehicle) Pooja, when one’s vehicle including cycle, bike, car, truck etc., is thoroughly cleaned, painted or polished and decorated the same way as weapons. At the end of the ritual, a huge white pumpkin, coconut, and lime, decorated with vermilion and turmeric, are smashed in front of the office/shop/house/vehicle. This is believed to ward off all evil forces surrounding you.

Parvati Fire Lab- A happy and harmonious family is a beautiful solace and source of peace, happiness and success...