Planetary positions and movements can influence our lives to a large extent. Dosha is derived from Sanskrit, signifying physical disorders. In Vedic Astrology, a dosha denotes unfavorable conditions in a birth chart. It means a combination of malefic planets in the twelve houses in the birth chart that can overrule the horoscope’s positives from coming to fruition. Doshas can create a malefic effect even if transit planets are in a good position. They may harm the life of the native. 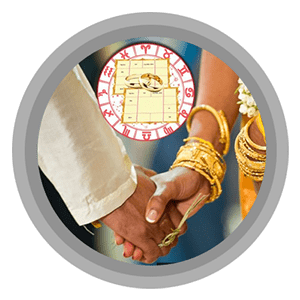 What is Manglik Dosha?

According to Vedic Astrology, if a person has the influence of Mars (Mangal) at the time of his/her birth, they are called Manglik.

However, it is important to consider both the houses for evaluating Mangal Dosha.

When the planet Mars (Mangal) lies in the 12th House, 4th House, 7th House, and 8th House from your Ascendant, Moon Sign, and Venus, it forms Manglik Dosha.

Manglik Dosha can be identified with the Lagna chart, Moon Sign chart, and Venus chart. If Mars occupies the above- mentioned Houses, it can create high Manglik Dosha. Mars, by itself, is powerful enough to create 100 percent dosha.

Mangal Dosha gets canceled due to various combinations and aspects of Mars with other planets.

Mars becomes negative and active in the 2nd House and may create many obstacles in married life. It may damage the marriage of the native, leading to separation or divorce.

Mars can create havoc with a professional’s life, forcing them to be inconsistent, dissatisfied, and switch jobs constantly. The individual is likely to be plagued with financial trouble.

Mars is fiery and can be imposing and demanding of others. An individual with Manglik Dosha will find it difficult to maintain cordial relationship with others. Being dominant and intimidating by nature can lead to misunderstanding within the family and create conflicts.

Mars can be prone to laziness and be very erratic. The moodiness and short-tempered outbursts can confound family and others around them. They may be prone to accidents. They may not be able to develop a good rapport with elders and may lose the paternal property.

Mars can be restless and overcome by a feeling of failure. This may make the individual more aggressive and unpleasant and create problems while dealing with other people. They may suffer financial losses and create enemies because of their negative disposition.

How Manglik Dosha Can Impact an Individual

According to Vedic Astrology, certain planets are believed to be malefic, and if they are improperly placed in a natal chart, they can cause adverse effects on an individual’s life. Mars is believed to be a fiery, aggressive planet, high on emotion, of mercurial temperament, and passionate.

Homa for Murugan and his consorts Valli and Devayani

Our unique remedies include targeted Fire Labs/ Poojas, which have been prescribed by our Expert Vedic astrologers that are personalized and delivered to one of you. These rituals are performed at particular power times that can help mitigate the adverse effects of the Doshas in your life.