Thiruparankunram is one of the Arupadai Veedu or the war houses of Lord Muruga. It is situated almost 8 km from Madurai City. It is a rock-cut temple, built during the 6th century by Pandya Kings. The structure of this Temple is of 7 tier architecture. Lord Muguga graces his devotees in a sitting posture along with his consort in his wedding form.

Lord Muruga holds an important place in the Hindu Pantheon. There are enormous shrines in Tamilnadu dedicated to Lord Muruga, but “Arupadai Veedu Temples” which translates to six war houses of Lord Muruga The connection between Tamil and Lord Muruga dates back to pre Vedic times. This is the holy shrine where Lord Muruga slew the demon Surapadman and married Deivayanai, the divine daughter of the king of heaven. It is one of the iconic temples of South India, where it invites a lot of people, and bless them with their grace.

History and Legend of Thirupparankundram Temple  : 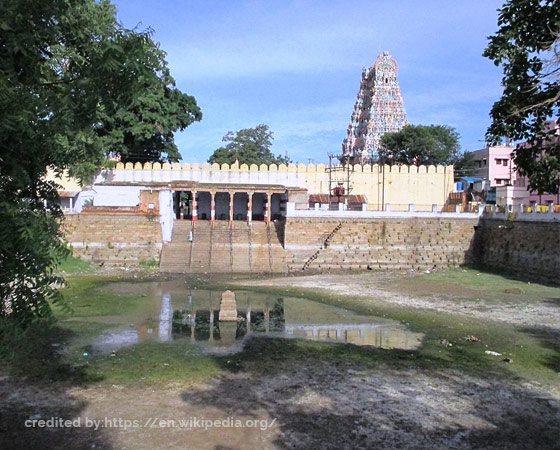 All the vehicles(Vahanas) of Lord Muruga, Lord Vishnu, and Lord Ganesha which are Peacock, Mouse, Nandi, Garuda, Sheep, and the Elephant are placed side-by-side in this temple. The high significance is attached to the “Vel”, the mightier weapon, which helped him the Lord to destroy the demon. Special Abishegam or hydrating ceremony is performed on the Vel.

The idols of Lord Vishnu, Goddess Parvathy, and other Devas, Gandharvas and Saints are found here, depicting that they have attended the marriage of Lord Muruga. Revered Tamil poets like Nakkirar, Arunagirinathar, Sundarar, Manickavachakar have sung numerous songs in praise of Lord Muruga and about the significance of this shrine. Nine warriors Veerabagu, Veerakesari, Veera Mahendran, Veera Maheswaran, Veera Rakshan, Veera Marthandan, Veerandhagan, Veeradheeran, and Veera Suran are said to be born from celestial maidens, have also helped Lord Muruga during the war.

The innermost shrine of the temple which has been cut out of rock consists of sanctums of Lord Shiva, Lord Vishnu, Lord Vinayaka, Lord Subramanya, and Goddess Durga. Lord Shiva is the presiding deity, and he is called Parangirinathar. Goddess Parvati is worshipped here Aavudai Nayaki. Outside the sanctum, devotees can see carvings depicting Lord Shiva in various dance forms.

Other important tourist attraction is the carvings of Mahishasura Mardini, Karpaga Vinayagar, Andarabaranar and Uggirar on the rocks. This temple has distinguishably artistic mandapams as well. Aasthaana Mandapam is a breathtaking majestic hall with pillars. Other mandapams such as Kambathadi Mandapam, Maha-mandapam and Ardha Mandapam are also worth noticing.

Bhrammotsavam for Lord Shiva celebrated during the Tamil month of Chitirai is one of the important festivals. Skanda Sashti is celebrated during the Tamil month of Aipassi, which is extended for ten days. Thai Poosam andPanguni Uthiram mark enormous significance. Other festivals like Kandar Shashti , Deepavali , karthigai Deepam, vijayadashami, Vinayakar Chaturthi, and Shiva Rathri are celebrated with piety. Days like  Krithigai, Sankatahara Chaturthi,  Valarpirai Shasta, Theipirai Pradosham, Valarpirai Pradosham, Amavasai and Pournami where special pooja and rituals are performed every month.

How to reach Thirupparankundram Temple

Madurai is the nearest airport for Thirupparankundram and has an international airport which is just ten kilometers away from the temple. Enormous local transports are available from the airport to the temple

The nearest railway station is in Madurai, from where enormous transports are available to the temple.

There is a bus stop very near to the temple. Apart from busses, there are numerous local transports like autos, taxis which can take very closer to the temple.