Introduction about the Sankat Mochan Temple

The Sankat Mochan temple is a sacred Hindu religious center dedicated to Lord Hanuman and located in the holy Indian city of Varanasi in Uttar Pradesh. Established by the great Hindu Saint Sri Goswami Tulsidas ji, the temple is situated on the banks of the Pouranic Assi River. This holy shrine is also called the Monkey temple due to the presence of a large number of primates within the premises. 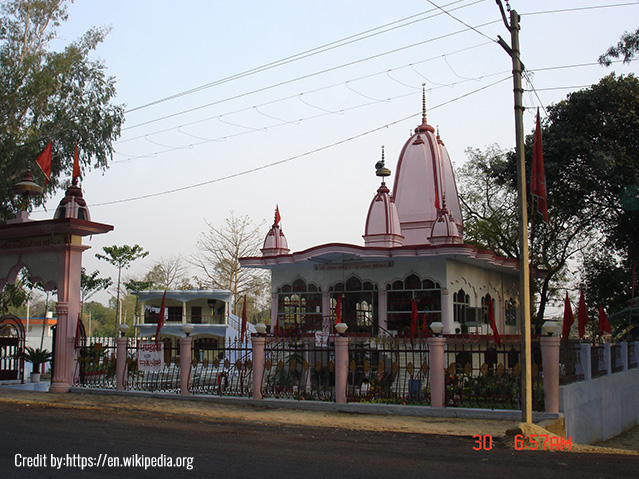 Hanuman is aptly named ‘Sankat Mochan’ since he is credited with relieving the troubles of devotees and delivers them from hardships. Hanuman is known to be the staunchest devotee of Lord Rama (an Avatar of Lord Vishnu) and adored him in a selfless and dedicated manner. He is also said to have the essence of Lord Shiva who incarnated in monkey form to serve Lord Rama in his sojourn on Earth.

History of the Sankat Mochan Temple

The great educationist and freedom fighter Pandit Madan Mohan Malviya, who is also the founder of the Banaras Hindu University, is credited with establishing the present temple structure sometime in the early 1900’s. The Sankat Mochan shrine was built with the idea of reviving the spirit of devotion and loyalty among the general populace and reinforce the resolve of the nation.

In earlier days, the great saint Tulsidas is believed have had a vision of Hanuman and established the Sankat Mochan temple as a tribute to the monkey God. Tusidas is credited with scripting the Hindu epic ‘Ramcharitmanas’ which is said to be one of the greatest narratives of Lord Rama’s earthly experiences. Hanuman is considered an exemplary example of a Brahmachari (celibate), who vowed to spend his entire life in devotion of Lord Rama. The Sankat Mochan temple pays tribute to his extraordinary virtues and exemplifies his attributes.

Significance of the Sankat Mochan Temple

The deity of Lord Hanuman in the temple was named ‘Sankat Mochan’ because of his propensity to relieve the troubles of devotees. Offerings to him are sold as Prasad to devotees and many await their turn to get the sweets like besan ke ladoo, which are in great demand. In this temple the charming Idol of Hanuman is adorned with a marigold flower garland and depicted facing the image of Lord Rama, which is unique.

Tuesday and Saturdays are special to Lord Hanuman and thousands of people visit the Sankat Mochan temple for a glimpse of the Monkey God. Prayers are offered to Hanuman, who is believed to have the capability of negating the malefic effects of the planet Saturn (Shani). Those affected by Saturn in their horoscopes seek his blessings for remedies. It is said that worshipping Hanuman is the easiest way to propitiate Saturn and neutralize the unfavorable stance of Mangal (Mars) as well. By praying to Hanuman, one can overcome the negative effects of almost any planetary sign.

The temple was a victim of terrorist attacks when it was rocked by three explosions on 7th March 2006 while the Aarti was in progress. Innumerable worshippers were present at the time when the incident occurred. Undeterred, the crowd helped each other and displayed extraordinary courage in the face of adversity. The spirit of the worshippers was not broken, but in fact strengthened by this gruesome incident, with the next day witnessing a large number of visitors who resumed their worship as usual.

The temple organizes a music and dance festival every year in the month of April. This is known as the ‘Sankat Mochan Sangeet Samaroh’, with musicians and performers from the length and breadth of the country participating in the proceedings. First introduced some 88 years ago, the festival is a highly popular social event and attracts acclaimed classical music and dance artistes. Several prominent personalities take part in the temple festivities every year and several women have also participated in the cultural activities of the temple.

The birthday of Hanuman, which is celebrated as Hanuman Jayanthi is observed with great fervor and enthusiasm in the temple. A special Shobha Yatra is carried out to the historic Durga Temple and thousands of devotees participate in the procession.

Benefits or Blessings of the primary deity- Sankat Mochan Temple

It is believed that offering Puja in this holy temple paves the way to success, prosperity and progress. The Monkey God strengthens the resolve of all those who worship him and helps them to overcome their problems. Tuesdays and Saturdays are considered the most auspicious times to worship Hanuman and attain his blessings. Hanuman grants the wishes of his devotees and never disappoints those who pray to him with a clean and pure heart.

Chanting of Hanuman Chalisa and Sundarkand by thousands of devotees rents the air and the temple witnesses a religious fervor by devotees, with visitors from far and wide flocking to its premises to seek the Lord’s favor.

Location – How to reach the Sankat Mochan Temple

The Sankat Mochan Temple is open from 5:00 am to 10:00 pm. and the Aarti is performed in the morning and evening.

The temple is near the Banaras Hindu University and easily accessible by taxis and auto rickshaws.

By Air: The Varanasi Airport is around 23 km away from the temple.

By Train:The Varanasi Railway Station is around 11 km from the temple.

By Bus:Varanasi is well connected by bus service to neighboring towns and cities.