To Get Rid Of Navagraha Afflictions

Vedic Astrology is based on the premise that there are essentially nine planets that impact the lives of the people and that their careful study can reveal the past, present and future of any individual. These nine planets are known as the Nava Grahas or simply as Grahas. These are Surya, the Sun, Chandra, the Moon, Mangala, Mars, Budha, Mercury, Brihaspathi, Jupiter, Shukra, Venus, Shani, Saturn, Rahu and Ketu. It can be seen that the system considers the Sun and the Moon also as planets and also, the northern and southern nodal points of the Moon as the shadow planets, Rahu and Ketu.

Each of these Grahas has its own unique nature and characteristics. They can also give good or not-so-good results depending largely on their positioning in the various Houses of an individual’s horoscope. When afflicted, these planets can affect the life of an individual in many ways.

This sacred hymn is composed by saint Sri Vedanta Desika, in praise of Dasavathar, the ten famous incarnations of Lord Vishnu, the supreme God of protection and sustenance. The sloka associates every one of the Avatars with one of the Grahas and it is believed that its chanting can do immense good in getting rid of the Navagraha afflictions.

The sloka (hymn) is presented by Sri Vedanta Desika and depicts the names of Dasavatar (Ten Avatars of Lord Vishnu). This hymn clearly states that the Navagrahas are pleased if we pray to the Dasavataram of Lord Vishnu.

By reciting this daily, one can get rid of one’s difficulties caused by the Navagrahas. By reciting this sloka (hymn) for 48 days, 28 times each day, good things could occur. 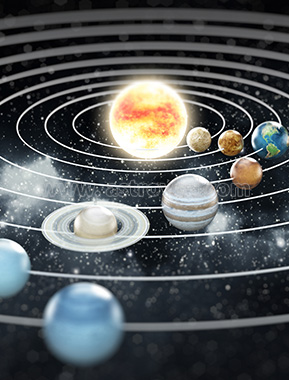 Participate in Planet Pooja to enhance thinking power and transform job into a successful one.

Keep Planet yantra with you for success in all sphere of life.