According to Vedic Astrology, planetary transits are the movement of planets from one zodiac sign to the other, thus transiting all the 12 zodiac signs. These transits can have a huge impact on your life. Simply put, you can consider the 12 zodiac signs as the stations present on a rail track and the nine planets as the trains that cross all these 12 stations, but at different times and speeds.

The influence of a planetary transit can be both positive as well as negative depending on the sign and house a planet enters during the transit. As the positions of the planets at the moment of birth is considered highly important, equally important are the planetary transits through the 12 zodiac signs that happen at regular time intervals. 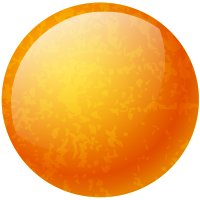 The nine planets of Vedic Astrology – Sun, Moon, Mars, Mercury, Jupiter, Venus, Saturn, Rahu, and Ketu take different times to transit from one sign to the other and can elicit significant changes in life. For instance, Moon only takes 2.5 days to move from one sign to the other, whereas Saturn is considered as the slowest moving planet as it takes 2.5 years to move from one sign to the next. Apart from Saturn, Jupiter, Rahu, and Ketu also spend a lot of time in each sign and hence, the transit of these planets are considered more important in Vedic Astrology. All the planets transit from Aries to Pisces (clockwise direction), except Rahu and Ketu, which transit from Pisces to Aries (anti-clockwise direction).

When a planet transits from one zodiac sign to the other, it can bring significant benefic/malefic changes, and challenges, which can be overcome by understanding the effects of the transit.

People with birth dates that sum up to Number 1 are inherently generous, honorable and respectable personalities. They are also intelligent, hardworking, independent, confident, influential, helpful, loyal and generally honest. Backed by the mighty Sun, they can normally do well in any vocation. However, a negative Sun can make them boastful, troubled and unsuccessful.

Among the four birth dates that sum up to Number 1, those born on the 1st may be ambitious, impatient and over-confident. People with birth date 10 are generally cautious, but pleasant to get along. People born on the 19th may look soft, but could be very adamant. They may also have a mesmerizing hold over others. Those born on the 28th may be handsome and may trust others easily.