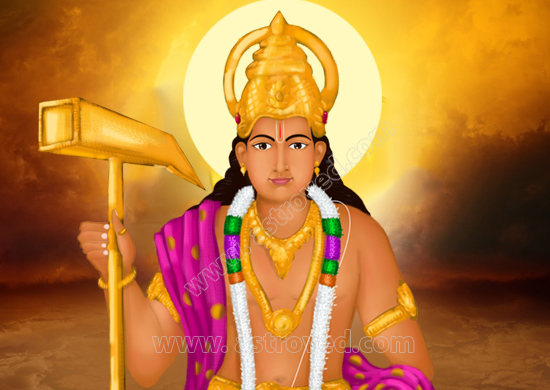 Many schools of thought in Hinduism consider Balarama to be the joint incarnation of Lord Vishnu, along with his younger brother, Lord Krishna. In Sanskrit, the syllable ‘Bala’ means strength and the syllable ‘Rama’ refers to another incarnation of Lord Vishnu . However, another meaning of the name translates to ‘Rama with a plow.’ Thus, Balarama also came to be regarded as an agricultural deity carrying a plow and symbolizes fertility at the same time.

Being the elder brother of Lord Krishna, who descended to earth to rid the world of evil forces, Balarama came to be associated with strength, obedience, and dint of character. He is also considered the epitome of an ideal brother and a teacher par excellence. Balarama was married to a princess named Revati and displayed the characteristics of a loyal and exemplary husband. Balarama fathered two children with his spouse Revati, who were named Nistha and Ulmuka. He is also sometimes regarded as an incarnation of ‘Adisesha,’ the divine serpent bed of Lord Vishnu in Vaikunta (heaven).

According to legend, Balarama was born with a fair complexion, while Krishna was born with blue skin or dark complexion. Balarama is sometimes depicted with a plowshare and a pestle in his hands. However, he is also depicted with a plow and a mace in each of his hands. He is also portrayed wearing blue garments and gold jewelry adorning his body. His hair is usually tied in a top knot, and a garland of flowers forms an inseparable part of his physical personality. Balarama is simple and sober with a muscular body and is fiercely loyal to his younger brother, Lord Krishna.

Balarama played a pivotal role during the Mahabharata era. He is credited with teaching Duryodhana and Bheema, the skills and techniques associated with fighting with a mace. Though Krishna favored the Pandavas in the epic, Balarama was conspicuous because of his support to the Kauravas. Balarama even cherished the desire of marrying his sister Subhadra to Duryodhana, but destiny intervened, and she eventually got married to the Pandava, Arjuna. Even when Balarama wanted to marry his daughter to Duryodhana’s son, but fate had other plans, and she got married to Abhimanyu, Arjuna’s son.

When Bheema attacked Duryodhana on the thigh, in contravention of the rules of war, Balarama was upset. However, he was persuaded to accept this transgression by his brother Krishna, who informed him that Duryodhana had committed a grave sin when he commanded Draupadi to sit on his thigh in front of all the elders in the court.

The evil tyrant of Mathura, King Kansa, was prophesied to die at the hands of his sister’s eighth child. Acting upon this, he imprisoned his sister Devaki and her husband. As and when a child was born to the couple, he ruthlessly killed all of them. It was then that Lord Vishnu intervened and manifested in Devaki’s womb as Lord Krishna. A part of his essence manifested in Rohini’s womb as Balarama. Eventually, they were united, and both the brothers were raised in a cowherd’s family. As they grew older, the two brothers developed a strong bond and became inseparable. Balarama and Krishna together were fabled for their prowess and strength and are credited with slaying several demons, including the powerful Dhenuka.

Balarama, Krishna and their sister Subhadra are the presiding deities in the famous Puri temple in Odisha. Several other temples dedicated to Balarama also exist in Odisha, including the Baladev Jew temple in Kendrapara District, the Ananta Vasudeva temple in Bhubaneshwar and the Baladev temple in Ganjam District. Worshipping Balarama can bestow you with strength, perfection, fulfillment of desires, wealth, and help overpower enemies.

Balarama Jayanthi is the birth anniversary of Lord Balarama, and that is observed on different days in different parts of the country. Also calling it variously as Baladeva Chhath, Randhan Chhath, Hal Shashti, etc., a large number of people celebrate the occasion on Shravan Purnima, the Full Moon day of Shravan month (July-August) or on the sacred Akshaya Tritiya day falling in the month of Vaishak (April-May).