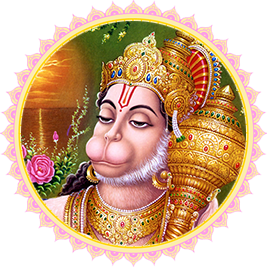 The birthday of Hanuman is celebrated as Hanuman Jayanti. The New Moon day (Amavasya), which coincides with the Moola Nakshatra (star) in the Tamil month of Margazhi (mid-Dec to mid-Jan), is celebrated as Hanuman Jayanthi. Depicted as a monkey-god, Hanuman is regarded as an avatar (incarnation) of Shiva and an ardent devotee of Rama, the 7th incarnation of Vishnu. Hanuman is known by several names like Anjaneya, Maruti, Kesari Nandan, Bajrang Bali, etc. According to mythology, Hanuman is considered as ‘Chiranjeevi’ - an immortal, the one who lives forever.

You now have an opportunity to participate in Hanuman Jayanthi rituals

Hanuman is a God of strength and power. It is believed that Hanuman has magical powers like flying, lifting mountains, and powers to break anything. The glory of Hanuman has been mentioned in the great epics Ramayana and Mahabharata and other sacred texts. He is often worshipped for gaining confidence, courage, and strong determination.

Devotees believe worshipping Hanuman, especially on his birthday, would help instill courage, strength, confidence, and reduce the malefic effects of planet Saturn in the birth chart. As a great devotee and disciple of Rama, he is often depicted as an epitome of devotion and loyalty. He is also regarded as a symbol of Brahmacharya (celibacy).

Hanuman Jayanti or the birthday of Hanuman is considered as the best day for worshipping Hanuman, as his energy is abundantly available. Performing Homa (Fire Lab), chanting of mantras, and Poojas on Hanuman Jayanti shall appease the powerful God on his birthday and help you seek his protection and ensure safety from negativities. 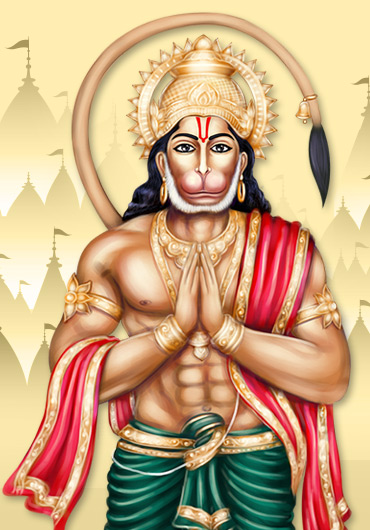 There are several legends related to Hanuman Jayanthi. Once, Sage Angiras went to meet Indra in heaven. The Sage was welcomed and treated well. Indra organized a dance performance by Punjikasthala, a divine dancer. However, during the dance, the mind of the Sage began to concentrate on the spiritual aspect of the soul. When the dance performance was complete, Indra asked the Sage to comment on it. The Sage replied that his mind started to meditate on God, and he completely forgot about the dance performance. Indra felt deeply ashamed. Punjikasthala, too, felt bad and said that the Sage was narrow-minded and lacked artistic sense. Her words angered Sage Angiras, who cursed that in her next birth, she would be born in the kingdom of monkeys. Hearing about the curse, the dancer pleaded for mercy. Sage Angiras said that the curse could not be withdrawn, but she would give birth to a son, a super God, and his birth shall erase her curse. The dancer was born as Anjana in her next birth and was married to the monkey King, Kesari. Later she gave birth to Hanuman, and her curse was removed.

However, some tales also say that Hanuman is the son of Vayu (Wind God). It is said that when Anjana was worshiping Shiva, King Dasharatha of Ayodhya was also performing the Yagna (Fire Lab) to beget children. He received a sacred pudding from a divine being, meant to be shared among his three wives to get progeny. However, a kite pulled a fragment of the food and dropped it while it was flying over a forest. Vayu (wind God) transferred the pudding to the hands of Anjana, who was worshipping. She consumed the food, and Hanuman was born. So, Hanuman is identified as the son of Vayu.

Hanuman Jayanthi is celebrated in households and temples throughout the country. Special Pooja, chanting of Hanuman Chalisa, and reading of the Sundara Kanda chapter from the epic ‘Ramayana’ are integral rituals of the day. Many visit Hanuman temples nearby to seek the blessings of the monkey-god. A few devotees also observe day-long fasting or Vrat and do meditation. Tulsi (basil leaves), butter, Sindoor (vermillion), bananas, a garland made of Urad dhal (black lentils) Vada (savory dumpling), mustard oil are offered to the God. Rama is also worshipped on Hanuman Jayanti.

You now have an opportunity to participate in Hanuman Jayanthi rituals

Offering prayers to Hanuman on Hanuman Jayanti can bestow the following benefits:

Hanuman Fire Lab- Lord Hanuman is the eleventh Rudra or the divine incarnation of Lord Shiva who symbolizes strength and...

Yantras are great cosmic conductors of energy, an antenna of Nature, a powerful tool for harmony, prosperity, success, good health,...