Which Planet is Responsible for Marriage?

Marriage, which involves the meeting of 2 hearts, marks the beginning of a new phase of life. This is the reason our ancients regarded marriage as a sacred bond and attached immense significance to it. And they took recourse to the ancient Indian system of astrology to identify suitable partners to be united in marriage so that they can lead a long, agreeable, and happy married life.

The Planet Responsible for Marriage:

Venus is Kalathra Karaka, the significator of marriage, and hence remains the principal facilitator of marriage. Apart from the marital bond, the planet also represents love, spouse, and pleasure. However, strictly speaking, all planets have their shares of responsibility for marriage and play their own roles in it.

Of the 9 planets, Mercury, Jupiter, Venus, and the waxing Moon remain auspicious or benefic, while the Sun, waning Moon, Mars, Saturn, Rahu, and Ketu, inauspicious or malefic. It can be said in general that while the benefic planets can contribute to early marriages, the malefic ones may delay them. 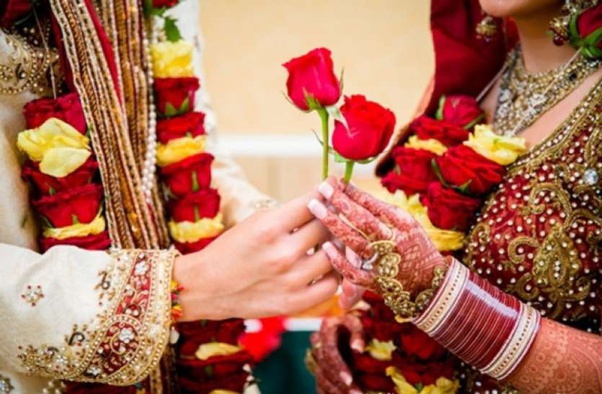 Talk To The Best Marriage Astrologer In India

The Horoscopic House for Marriage:

For any significant aspect of life, the Houses of a horoscope also hold equal importance as the planets, and in the case of marriage, it can be more so. There are 12 such horoscopic Houses that correspond to the 12 signs of the zodiac, and it is the 7th House that stands for marriage, marital life, and spouse. Known as the Kalathra Sthana, the House of marriage, placement of this 7th House in a horoscope, and the nature of planets associated with it can be a strong pointer to the marriage and the length and quality of marital life of the natives.
Thus, planet Venus and the 7th House can together be held as responsible for marriage.

Combining the planets and the House, it can be safely assumed that the association of the 7th House with auspicious planets may denote early marriage and a cordial, successful, and long married life. And if it is otherwise in a natal chart, that can be the pointer to delayed marriage or strained relationship.

For instance, when Venus, the causative planet for marriage, and the auspicious Mercury are together in the 7th House in a birth chart, the native can expect to get married quite early in his or her life. Similarly, a 7th House Mercury and Moon can also denote marriage even before or around 23, 24 years of age. When the great benefactor Jupiter is placed in the 7th House, the native may expect to get married by 25, 26 years.

However, if the Sun, regarded inauspicious, is found in the Kalathra Sthana, the 7th House, it is likely that the marriage gets delayed and also encounters many obstacles. Planet Mars is inauspicious, too, but is also believed to be fiery in nature. This Mars in the 7th House can result in the much-feared Manglik Dosha, the Mars affliction. This can contribute to many marriage-related problems, including delayed marriage and marital discords between couples. Saturn is also a feared, malefic planet, and its presence in the 7th House, can mean a much-delayed marriage, as late as 35 years of age or even later. But if this inauspicious Saturn is present in the 7th House of marriage along with an auspicious planet, the betrothal may take place early, but marriage, as such, may happen only after 2 years or even later.

Delay in marriages can be caused in particular, if any of the inauspicious planets Sun, Saturn, or Rahu is in the 7th House. If this House of marriage does not have any planets in it, then the status of the marriage may depend on the positioning of the planetary Lord of the House or on the placement of other planets in the natal chart.