Thaipusam is a major event i ...

Shivaratri is a Hindu festival that is celebrated in honor of Archetype Shiva. The festival falls in the month of February. There are many stories in the Puranas which describe the origin of this festival.

One story says that during the Samudra Manthan (churning of the Milky Ocean), a pot containing a deadly poison called Halahala emerged from the ocean. The Gods and demons who took part in the churning were afraid as the poison had the power to destroy the whole world. They sought the help of Lord Shiva and he drank the poison to protect the world from destruction. But he did not swallow it, instead he held it in his throat. Due to this, his throat turned blue and for this reason, he was given the name Neelakantha, the blue-throated one. Shivaratri celebrates this event.

Another legend in the Shiva Purana mentions a fight between two major Hindu gods, Lord Brahma and  Lord Vishnu who were fighting over the issue of supremacy. The battle was so fierce that the other gods ran to Shiva and begged him to intervene. Shiva wanted to make them understand that their fight was pointless. He took the form of a huge pillar of fire and appeared before Brahma and Vishnu. Overwhelmed by its size, they decided to find its end. The one who found it first would be the superior god, they agreed. 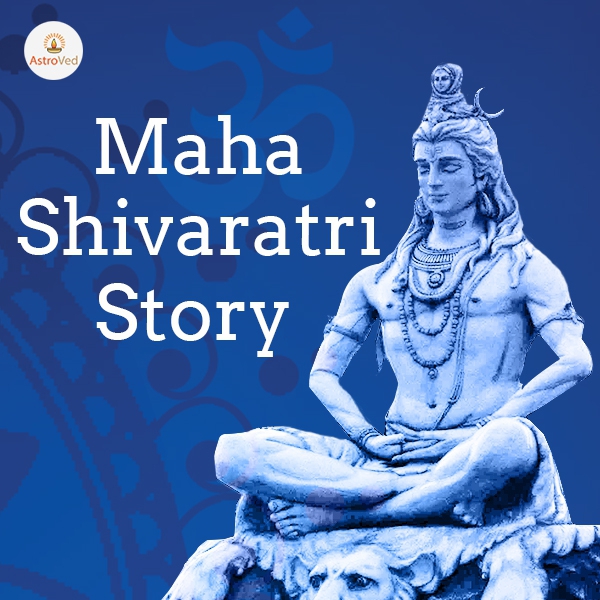 Participate In the Rituals Of Maha Shivaratri to Receive the Blessings of Lord Shiva!

Brahma turned into a swan and rose up while Vishnu as Varaha dived into the earth. But despite searching for thousands of miles, neither god could find the end of the pillar of fire. As he rose upwards, Brahma saw a Ketaki flower floating down. He asked her where she was coming from and she replied that she was an offering that had been placed at the top of the fiery column. So Brahma decided to stop searching and decided to make the flower bear false witness.

But Shiva discovered his lie and in anger, revealed his true form. He cursed Brahma for his lie, saying that no one would worship him. As the Ketaki flower too had lied, she too was told that she would not be offered for any worship, henceforth. It was on the 14th day in the dark half of Phalguna month that Shiva first manifested himself as a Linga. So this day is very auspicious and it is celebrated as Maha Shivaratri. People believe that praying to Shiva on this day will bestow one with prosperity and happiness.

Participate In the Rituals Of Maha Shivaratri to Receive the Blessings of Lord Shiva!

Devotees observe an all-night vigil on Shivaratri. There is a story behind this. A poor tribal man was an ardent devotee of Shiva. One day, he went to the forest to gather firewood. But he lost his way and failed to return home before night fell. As he was wandering in the forest he heard wild animals growling nearby and in terror, he climbed a tree and took shelter till day-break. As he was sitting on a branch, he felt he would fall asleep and tumble down from the tree. To remain awake, he began to pluck leaves, one leaf at a time, from the tree and dropped them, all the while chanting Shiva’s name. When dawn arrived, he realized that he had dropped the leaves on a Linga placed below. The tree he was sitting on was a wood apple or bel tree. This unintentional all-night worship won him the grace of Shiva who bestowed divine bliss on him. This story is recited by devotees on Mahashivaratri as they fast. After the all-night fast, they consume the Prasad offered to Shiva.

Yet another reason for the all-night worship could be that it being a moonless night, people prayed to Shiva because he wears the crescent moon as a jewel in his hair, Shiva. This could be to make sure that the moon would rise the next night.

Soon after Mahashivaratri, almost miraculously, the trees bloom with flowers as if to announce that after winter, the earth has become fertile again. And this is probably why the Linga is revered in India as a fertility symbol. The festivities vary from region to region. In southern Karnataka, children get into all kinds of mischief after which they ask for punishment. This probably originates from the incident in which Shiva punished Brahma for lying. At the Vishvanatha Temple in Kashi, Varanasi, the Linga (symbolic of the pillar of light) is celebrated as the manifestation of Shiva who is regarded as the light of wisdom.

Maha Shivaratri 2020 is believed to dispel ignorance, spread the light of knowledge and make us aware of the universe. It also signifies the onset of spring after the winter.