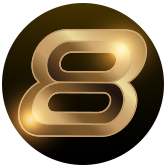 The Number 8 is linked generally with the other-worldly things. Spirituality and enlightenment are prominent among them. The feared planet Saturn is the ruler of this number. Saturn is the provider of Karmic results and hence, can bestow the people born under Number 8 with both good and bad, strictly in line with their own virtues and vices. Hence, those born under Number 8 are referred to as ‘Destiny’s Children’, who are not intended for worldly pleasures, but mainly for renouncement and higher wisdom. In short, they are not perceived as very lucky in life, rightly or wrongly. Some of the well-known personalities born under Number 8 include saints like Mother Teresa and Swami Sivananda, businessman and philanthropist Rockefeller, founder of communist China Mao Zedong, champion boxer Mohammed Ali, world’s first woman PM Sirimavo Bandaranaike, American statesman Benjamin Franklin, British playwright George Bernard Shaw and renowned Russian writer Maxim Gorki.

People born under Number 8 have immense mental strength and clarity. They may still be often lost in thought. Many have a tendency of encountering serious problems almost right through their lives and these may sap their confidence and plague their minds with unending worries. Though balanced, they can also be stingy and lonely. While those under positive influence can possess noble traits like justice, compassion and artistic temperament, the others may be selfish opportunists, driven by unholy intentions. Constant struggles in life can make them cowards and pessimists, and frustrations and weak moments can drive them towards crime. Some may get punished and languish in jail too.

Physique and Personality for Number 8

Those born under Number 8 cannot be placed under a single category in their physical characteristics. Still, many of them can be tall, have long limbs, sunken cheeks, bushy eyebrows, hair that stands out, yellowish finger nails and hoarse voices. They may be disease-prone, and their digestive system and intestines may be weak. Hence, they should take generous quantities of fruits and milk and also nutritious food for maintaining good health.

Many of the people born under Number 8 are virtuous and refined, they still are misunderstood by the world. They can also be persons of extraordinary common sense and still be without true friends. They also can contribute to this state of affairs, as they regard themselves unique and at times, start behaving like snobs. They are fighters, who struggle through the maze of problems that providence throws at them, and then only taste big or small success in life. While some may have long lives laced, however, with impediments, a few others may even meet with sudden and untimely deaths. Their association with Number 5 people can provide them with much needed relief.

Of the three dates falling under Number 8, those born on the 8th will be honest, dedicated and hardworking individuals, who may lean towards religion and philosophy. Those born on the 17th will be very shrewd and determined persons who will amass immense wealth by fair or foul means. Some of them can be even misers, who will however, not hesitate to spend lavishly, just to show off. People born on the 26th will be intelligent and imaginative but fortune may not smile on them at all. They may face great difficulties even in young age and some of them may come up in life, the hard way.

Lucky and Unlucky Dates, Colors and Gemstones for Number 8 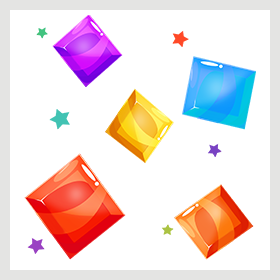 Number 1 can be lucky for those born under 8 and hence, they can do well on dates 1st, 10th, 19th and 28th. Unpredictable things can happen on the ‘4’ dates of 4th, 13th, 22nd and 31st and these may still be favorable. The dates 9th, 18th and 27th form another set of good days, which can bring them hope and fortune. However, their own number 8 may prove otherwise for the 8 born. Thoseday may be problematic and travelling may throw up unexpected health issues and failures.

Yellow is their color as it may prove to be auspicious and beneficial. Wearing any of these colors and also painting their homes and offices with these can be of advantage to them. Dark green and blue colors can also work in their favor. Red, black, deep brown and any pale color may be not-so-lucky for them.

All blue stones that have six veins can be the most advantageous gemstones for them. That way, the blue sapphire can benefit them greatly, provided it is without blemish. The rare and costly Indra Neelam can also be bought and worn by those who can afford it. These can give all-round benefits like health, prosperity, advancement and happiness. 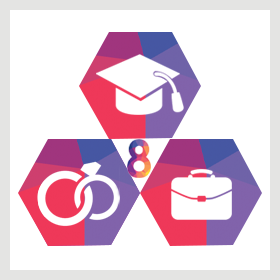 Being good administrators is the strong point of those born under Number 8. They can hence, be found in higher hierarchy in many big and reputed organizations. They may or may not have broad shoulders, but will be shouldering heavy responsibilities. Many of them can be rulers in some form, judges and jailors, while those born on the 17th can be good economists. Trading too will suit them, and they can make good profit if they do business like mining, oil mills, woolen clothing, soap printing press and transportation. Some of them can swing to the other extreme too and become missionaries, preachers or religious heads. They can take people born under numbers 1, 4, 5 and 6 as partners in any joint venture, whereas they may receive good support and assistance from those born under the numbers 1, 4 and 8.