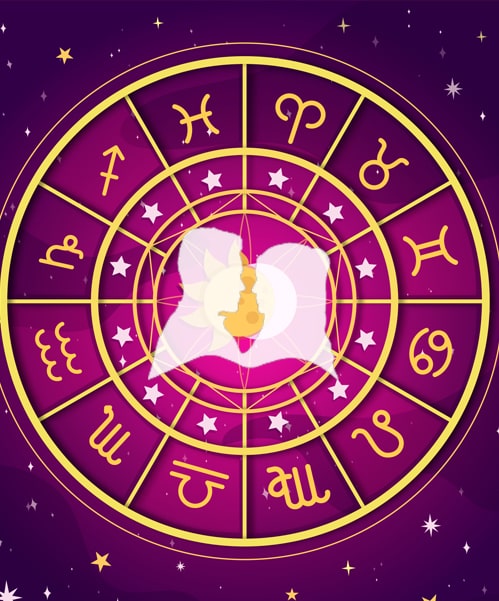 Marriage Prediction by Date of Birth

Why people are going to astrologers for marriage prediction and marriage astrology?

Many people are worried about when will they get married? Will they get married on time or will it be delayed? Whom will they get married to? Whether it will be a love or arranged marriage? And how will their married life be? Will it be successful or not? Some people whose first marriage does not work out end up marrying a second time and they want to know whether their second marriage will be better than the first. They say marriages are made in heaven and astrologers cannot alter one’s destiny. That is why many people go for marriage prediction nowadays.

However, astrologers can provide guidance and help you find your soul mate by looking at the alignment of the planets and the stars in your birth chart as well as the birth chart of your better half. For marriage astrology, Astrologers also look into the right date and time to get married, because getting married in certain bad timings and days can wreak havoc in married life. Marriage prediction and marriage astrology has become a trend nowadays.

Knowing how compatible you are with your partner can help you work on your love life to make it better. Our Love Calculator App does just for you! Find out the compatibility between you and your future life partner in a single click. Our Love Calculator App is FREE and easy-to-use for finding out how good is the match between you and your special one. 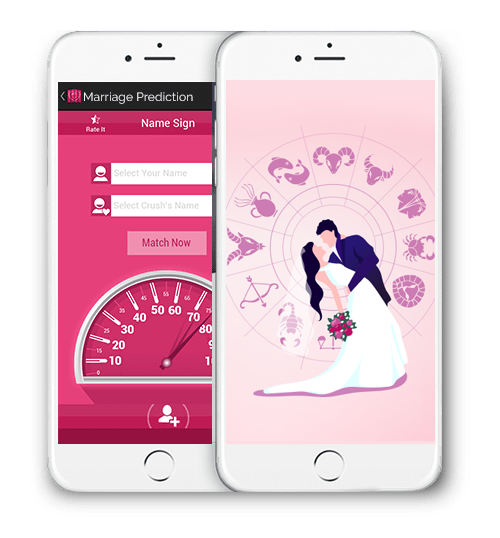 Normally, in astrology each of the twelve houses signify a certain aspect of our life. the 7th house of a birth chart signifies marriage and any kind of partnership. Marriage is a kind of partnership with your spouse. The same house is also seen for business partnership. Other houses like the 2nd house, 4th house, 5th house and 8th house are also seen to an extent for marriage. 2nd house is house of accumulation or wealth, an astrologer sees whether marriage leads to expansion in wealth and brings forth children, which is also considered as wealth for a married couple. The 4th house is the house of family life or our home. An astrologer sees whether married life leads to happiness and peace at home or will ruin these two aspects of a person’s life. The 5th house is seen for love marriage, romance etc. It shows whether the person will love someone and get married or will their marriage be arranged by elders in their family. The link between the 5th house lord and 7th house lord and the planets placed therein will reveal the scope of love marriage in a natal chart. Also, the link between Mars and Venus is important for love marriage.

The 8th house is the house of sex life of couples, in-laws and any kind of secret relationships life extra marital affairs. It shows whether someone will be in a harmonious relationship with their spouse and their in-laws and if they will hide anything from their spouse like extra-marital affairs etc. The planetary placements of the above houses, their lords, aspects and conjunction of planets related to these houses need to be studied in detail for marriage prediction regarding a suitable age, date and time of your marriage. This technique is called marriage prediction by date of birth.

As far as Vedic astrology and Marriage astrology goes, Venus and Jupiter have a significant role when it comes to marriage. Because, they both are deemed as the natural significators of marriage. Mars is also important since most branches of astrology e.g. Nadi say that Mars is a woman’s husband. Whereas as per pure Vedic Astrology, Venus is said to be the wife in a male native’s chart and Jupiter is said to be the husband in a female native’s chart.

Mainly it is important to check the strength of the 7th house, its lord and significator, Venus. Usually, marriage is most likely to take place when the Dasha (Major planetary) period or the Antardasha (Sub period) of the planets forming a relationship to the 7th house operate in a native’s chart, provided there is no malefic influence on the house or the lord of the house. The favourable transit of Venus or Jupiter also bring good news of marriage. The link between 7th house and 12th house sometimes brings a foreign spouse, and link between 7th and 9th can also bring spouse from another caste or religion. This can be assessed by marriage prediction by date of birth.

Sometimes we find a very strong Venusian energy and this can trigger something called a Kalathra Dosham, for instance if Venus is placed in 7th bhava, bhava of marriage. Because, this causes too much romance and passion in a native and works adversely. In this case, one must do some poojas and remedies to get married on time. Planets like Rahu or Saturn in the 7th house can cause some issues in marriage e.g. misunderstandings with the spouse. Ketu in the 7th house can lead to detachment from the spouse or marital pleasures. Also yogas of ascetics and spiritual people like Pravrajya yoga (strong Saturn influence on Moon) can lead to disinterest in material and marital life. This type of yoga is common in monks and sages. Hence, such natives must do all prayers and remedies before marriage and even after marriage to lead a normal marital life. Any affliction to the 7th house can cause delay or denial in marriage or end in divorce or separation. All details need to be checked in Rasi and in Navamsa chart of both husband and wife or boy or girl, who are about to get married. If the 7th or the 9th house Lord is Vargottama (gained directional strength), there may be a possibility of remarriage provided the Dasha/Antardasha also promise a second marriage. If the 7th house Lord is placed in a dual sign, then also the second marriage becomes likely. Again one must do marriage prediction by date of birth to assess this in a birth chart.

If Jupiter or Venus is retrograde, combust or debilitated in a birth chart, this may delay or deny marriage. Mangal dosham is important to consider because most often it denies the possibility of marriage unless it is curtailed by some specific remedies. Usually, it is related to the malefic positioning of planet Mars (mangal) in the chart. If Mars is placed in the 4th, 7th, 8th or 12th house of your chart, it will form the Manglik Dosha, with some exceptions to this rule. And as the age old saying goes, it is better if two Mangaliks (people with mangal dosham) tie the knot, rather than only one person being Mangalik. Because, there is a strong belief that if only one person is Mangalik, the spouse, who is non-Mangalik may suffer a great loss after marriage and even put his/her life at stake.

The Navamsa or the 9th divisional chart or the D9, is also taken into account for understanding the marriage prospects. In Navamsa, rather than counting houses like we traditionally do in a Rasi/Lagna chart (D1), it is more important to see in which sign each of the planets are placed. For example, if Mars is placed in Aries in Rasi chart, and let’s say it is the ascendant (first house), we must check in which sign is Mars placed in Navamsa and where is the sign lord of Mars placed in Navamsa and the Rasi chart.

Nadi Astrology can help you find answers to relationship issues that have been bugging you for so long.

Betel leaf astrology taps into the cosmic time window surrounding you and your interaction with the betel leaves to reveal deeply insightful solutions to your Marriage and its related problems.

We invite you to experience the power of amazingly effective Vedic remedies in the form of Homas (Fire Ceremonies, also sometimes called Fire Labs) and Poojas.

Illuminate your hidden love and resolve the dissolving loving relation with the lantern of divine products to cherish a fulfilling life.