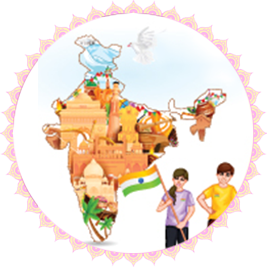 There were times when many countries in the world were not free but instead were ruled by other nations. India too remained one among such unfortunate nations. It suffered great oppression and misfortune under the British rule, but the people rose against the foreign power, did a heroic struggle and got liberation at last. The day India gained political independence and the right to self-rule is called Independence Day. Republic day is the occasion when the constitution of free India came into effect. That day was 26 January 1950, which is celebrated as the Indian Republic Day, every year. 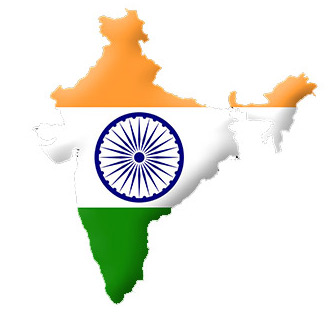 Republic refers to a form of Government, where the country is ruled not by a monarch, but only by the people’s representatives elected by the citizens. After the country became free in 1947, the constitutional document was prepared by a drafting committee, was discussed in detail in the Constituent Assembly, and was later accepted and signed by the members. It was on 26 November 1949 that the Indian Constituent Assembly adopted the Constitution of India, that is, the governing document of the country. Later on 26 January 1950, it was brought into effect across the nation, ushering India into a democratic system of governance. Thus, it was on the Republic Day that India became an Independent Democratic Republic. The chosen day of 26 January has its own significance, as it was only on this day in 1930 that Indian National Congress had made a declaration of Purna Swaraj, that is, total independence. Republic Day is one of the three national holidays of our country, the other two being the Independence Day and Gandhi Jayanthi.

Brief History of our Freedom Struggle

The English first came to India in the early 17th century, ostensibly for doing business. Slowly, their firm, the East India Company started acquiring military power and began fighting with the Indian Kings and conquering their lands, one after the other. Soon our entire country came under the control of the British rulers. Without right or freedom, our people became slaves in our own country. However, they started rising against the oppressive foreign rule. Mahatma Gandhi led a non-violent civil disobedience movement against the British reign.

At last, the English were forced to grant freedom to India. But along with this, the country got divided on communal lines as India and Pakistan, which resulted in terrible bloodshed. However, with independence came democracy, where people started ruling themselves. This led to the country’s progress in many fields and the all-round betterment of its citizens.

Grand celebrations mark the Republic Day. The main event takes place in the capital New Delhi, where the spectacular Republic Day parade is held in Rajpath, in which the military might of India, and also its rich and diverse cultural heritage are generously displayed. Here, the President of India, who is also the Commander-in-Chief of the armed forces of India, hoists the national flag and takes the salute. The Prime Minister, cabinet ministers, senior army and government officials, foreign dignitaries and a large number of common people, also attend the spectacle. Similar parades and celebrations are also held in all the state capitals, where the Governors hoist the national flag and take the salute. Flag hoisting ceremonies are done in many government, public and private offices. Cultural events are organized in many places, where patriotic songs are sung, competitions are held, and sweets are distributed.