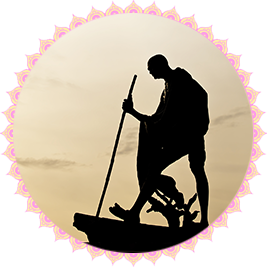 Mohandas Karamchand Gandhi was a great son of India. He was born when the country was suffering under the British rule. Gandhi, by his words and deeds, inspired the people of the country, united them and led them in a massive, non-violent struggle against the mighty British. Thanks to his leadership and the great sacrifices of the people, the English were forced to move out of our land, and our country got independence at last, in the year 1947. Gandhi was a noble soul and is hailed as Mahatma and ‘The Apostle of Peace.’ He is also revered as the Father of the Nation. The word ‘Jayanti’ denotes the day of birth and is used to refer to the birth of divinities and great persons. Gandhi Jayanti is the birthday of Mahatma Gandhi, and people celebrate the occasion with gratitude and joy. 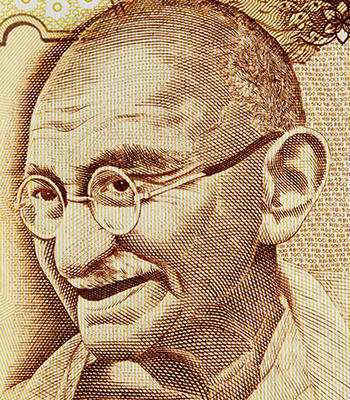 Mahatma Gandhi was born on 2nd October 1869 in the state of Gujarat. He studied law in England and went to South Africa for practising as a lawyer and earning his livelihood. England was ruling South Africa then, and the people of Indian origin were treated as virtual slaves. Gandhi brought the people together, started the struggle against British tyranny through peaceful means, and at last, got them many legitimate rights. Then, he returned to his motherland in 1915. India was under the total control of the English then, where people were denied their rights and were undergoing untold miseries. Gandhi assessed the situation and launched the Civil Disobedience Movement, organizing people in non-violent, non-cooperation struggles against the rulers. Acceding to his call of ‘Satyagraha,’ the truthful, non-violent resistance, millions of people quit their vocations and went to prison. This unique struggle of Mahatma Gandhi had no precedents, and hence, the British authorities had no answers for it. They let loose various forms of oppression on the people and Gandhi himself, along with many leaders of The Indian National Congress, the party he led, was imprisoned for years. After decades of struggle, the British government was forced to grant freedom to India. However, the tension between Hindus and Muslims led to great violence, and the nation had to be divided into sectarian lines, as India and Pakistan, amidst bloodshed. India became independent on 15th August 1947.

However, Gandhi, who was mainly instrumental in us getting freedom, was touring the riot-hit areas and observing fast, to instil peace among the warring communities. Even though Gandhi served the nation selflessly, some people accused him of acting biased towards the Muslims, and he was shot dead by a Hindu fanatic at a prayer meeting on 30th January 1948 in Delhi. Thus, the life of this embodiment of peace was snuffed out by violence. Gandhi was not only a freedom fighter but was also a great social reformer, who fought against many social ills like untouchability, for the eradication of which he observed several fasts many times in his life. Thus, Mahatma Gandhi’s contribution to our land has no parallels in history.

Gandhi Jayanti is celebrated on 2nd October all over the country. On this day, the President of India leads the nation in offering homage to Gandhi at his Samadhi (place of cremation), in Delhi, while his statues are garlanded, and tributes paid to him in state capitals and other places. Prayer meetings and events are also held at the place where he fell to the assassin’s bullets and all over the country, during which his services to the nation are gratefully remembered. Gandhi Jayanti is a national holiday for India, while the UN has declared the day as the International Day of Non-Violence.