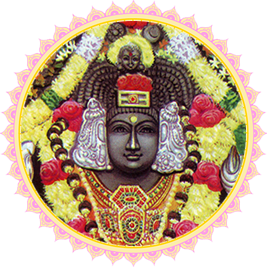 ‘Fasting’ refers to refraining from food or certain kind of food items as an honor, prayer or tribute to the divine. Fasting procedure can give you both spiritual and physical benefits and offers you an opportunity to connect with your favorite deity. It helps purify your impurities, both external and internal. Also called as Upavas or Vrat, fasting can also help cleanse your system and improve metabolism of your body.

Each of the 7 week days represents a planet and is named only after them, as per the Hindu system. Thus, Monday represents the Moon; Tuesday, Mars; Wednesday, Mercury; Thursday, Jupiter; Friday, Venus; Saturday, Saturn; and Sunday, the Sun. The days of the week are also dedicated to specific deities. Offering your sincere prayers to that particular deity and the planetary god on his or her special weekday is believed to appease them and help receive their blessings in abundance.

Thursday, also known as Guruvar or Brihaspativar, is the day of Guru, Brihaspati or Jupiter. According to mythology, Brihaspati is an ardent devotee of Lord Shiva , who blessed him and made him the preceptor of the Devas. He signifies a wide variety of attributes like character, seriousness, meditation, prayer, success, honor, and fortune, karma acquired in previous birth, wealth, character and health. The presiding deity is Lord Dakshinamoorthy, an aspect of Lord Shiva and a great preceptor and hence, Thursdays are dedicated to him. 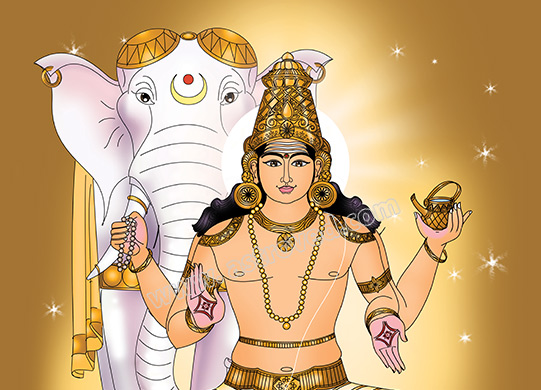 One of the stories about the Guruvar Vrat or Thursday fasting relates to the happenings in heaven. Once, Lord Indra remained disrespectful to Lord Brihaspati (Guru) and though he repented later, Brihaspati took offence and disappeared from the scene. Denied the sane counsel and blessings of the Devaguru Brihaspati, Indra became weak and the situation was exploited by a demon called Vrishvarsha, who inflicted heavy defeats on Indra.

On Lord Brahma’s advice, Indra made one Vishwaroopa as his priest, performed a powerful yagya (fire ritual), got back his strength and conquered the demon. But Indra wanted to get more powerful and on his request Vishwaroopa began doing a bigger sacrifice. Sensing trouble, the Asuras enticed the priest to ensure that part of the benefits of the bigger yagya come to them also. Vishwaroopa obliged and began acting accordingly. But Indra, getting wind of his treachery, got wild and beheaded Vishwaroopa immediately. Since Vishwaroopa was a learned Brahmin, the great sin of killing him engulfed Indra and his body got deformed.

Lord Brahma once again came to Indra’s rescue, convinced Brihaspati out of his self imposed exile and with his help, started taking remedial measures. On Brihaspati’s advice, Vishwaroopa’s body was cut to 4 pieces and was given out to the earth, trees, women and water, thus relieving Indra of his lethal sin. Indra bowed to Brihaspati with reference for this great blessing.

Brihaspativar Vrat or Thursday fasting begins before sunrise in the morning on that day, and continues till evening. Some take a single meal during the day that includes Chana Dal (chick pea) and ghee (clarified butter). Devotees spend the day in prayers to Lord Dakshinamoorthy and Guru or Brihaspati. Since yellow is the favorite color of Brihaspati, devotees wear yellow colored dress, and perform Pooja offering him yellow flowers, gram dal, yellow sandalwood, turmeric and yellow rice. Some also worship the banana plant. Some offer chick pea (white chenna) mala to Guru and white chenna as prasad (offering) as an effective form of worship.

During the Vrat, devotees chant mantras and slokas in praise of the Lord. Guruvar Vrat Katha, i.e. stories related to worship of Lord Brihaspati are also read and heard. Many devotees observing this fast begin it on the first Thursday of Shukla Paksha, the waxing Moon phase of any month and some continue it for the 16 successive Thursdays. Some people observe this ritual regularly for a period of 3 years also.

Some dedicate this Vrat to Lord Vishnu, worship him on these days and recite the holy Bhagavata Purana. Other saints like Dattatreya, Raghavendra Swami and Shirdi Sai Baba, who are universal Gurus are also worshipped on this day.

Benefits of Fasting on Thursdays

Worshipping Lords Dakshinamoorthy and Brihaspati on Thursdays can bestow you their abundant blessings:

Jupiter is considered to be the teacher of the mankind who governs religion and spiritualism. It has been proven astrologically that Jupiter is the planet of Success...

A divine touch to your efforts will bring the best results. Dakshinamurthy Lord is the God of education and knowledge that will shower his positive energy in you to succeed.