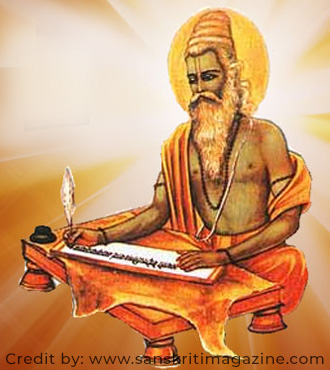 Sage Jaimani was the founder of the Mimamsa school of Hindu philosophy. He rendered Mimamsa Sutras and Jaimini Sutras. He emphasized rituals as the path of Dharma, which is the core concept of Indian Pantheon, which literally translates to righteousness. He has contributed immensely to astrology. According to him, Vedas are the fundamental building blocks of the society, on which the entire dharma is built. Saint Jaimani has a great share of patronizing “Sama Veda”, where he collected hymns and songs from various locations to compile this Veda. He had several students, who grew as great scholars. In Hindu Pantheon, he has an indispensable position for is knowledge, skill, and acumen.

Sage Jamini was born to Sage Parasara and was the student of Veda Vyasa. He grew as a great Sage, whose knowledge and skills were widely used by many people. His disciples are Sage Paila, Sage Vaisampayana, Sage Jaimini, Sage and Sumantu, to whom he taught four Vedas. His fifth disciple was Sage Lomaharsana or Romaharsana to whom he taught Puranas. He had his Son Sumanta and his grandson Sukarma, to whom he imparted all his knowledge. Thus, his lineage was instrumental in building “Sama Veda”, which consists of music, and hymns.

Once Sage Vyasa told the story of Mahabharata to Sage Jamini. Sage Jaimnin had a lot of questions in his mind, where he wanted a lot of clarificationsns. He was also unable to connect with several instances, where he was confused. When he was searching for clarifications, he encountered with Sage Markhandeya. Sage Jaimini and Sage Markandeya searched together for various aphorisms and elucidations and came to know that there were four birds by the name of Pingaaksha, Vivodha, Suputra, and Sumukha, which lived in the Vindya Mountains.

Among those four birds, two were siblings and the descendants of Garuda bird. One bird was an incarnation of a celestial maiden, and the other bird was her daughter. It is to be noted that one among the birds were killed in the Kurukshetra battlefield and got its redemption. The other bird was also hit by an arrow, which was pregnant, and carried four eggs in her womb. Luckily, the eggs were protected and were carefully raised by the Sage Shamika. He took great care of those birds and imparted great knowledge. He also instructed them to impart the knowledge to whoever asks them for clarification. Thus when Sage Jainini asked for elucidation, those birds with divine knowledge were able to clarify.

Sage Badarayana was the Guru of Sage Jaimini, who founded the Vedanta school of Hindu philosophy. In a lot of Sage Jaimini’s work, there is a lot of influence on his teacher. Both have great synchronization, where there are several works, which are done together by discussing, and sometimes even having a disagreement with each other. Thus great treatises were born.

His work “Purva Mimamsa Sutras” or “Karma-Mimamsa” is a study on ritual action, which investigates various rituals that are a part of Vedic Religion. He started a counter-movement for self-knowledge, which is called Mimamsa, and emphasized the superiority of Vedic religion.

Thus he explained to people that the mind is the cause for sorrow, and the liberation of the sorrow is to seek the feet of God through proper rituals, and guidelines. He taught Dharma, Karma, and elaborated on Moksha. His works were translated in many languages like Telugu, Hindi, Marathi, Tamil, Maithili, and Newari. Apart from Hinduism, he was also highly revered in Buddhism and Jainism.