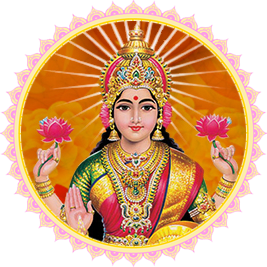 ‘Fasting’ refers to refraining from food or certain kind of food items as an honor, prayer or tribute to the divine. Fasting can give you both spiritual and physical benefits and offers you an opportunity to connect with your favorite deity. Fasting purifies both your external and internal impurities. Also called as Upavas or Vrat, it can also help cleanse your system and improve metabolism of your body.

Venus is called Shukra, and Friday, the day of Venus, is known as Shukravar. The Sanskrit word Shukra means ‘lucid, clear and bright’, and true to its name, Shukra remains the brightest of planets. Regarded the Guru of the mighty Asuras, his name is taken with respect as Shukracharya. He is linked to a plethora of attributes such as material pleasure, luxury, intimacy, ornaments, passions, sensual satisfaction, vitality, affluence and appearance. According to mythology, the Goddess of wealth Lakshmi is the presiding deity of planet Venus and Fridays are dedicated for her worship. 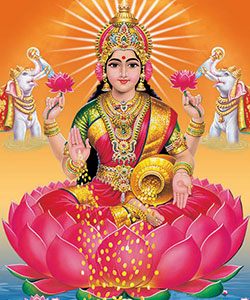 One of the stories prevalent about this vow, underlines the power of Shukra and the importance of keeping the Shukravar Vrat or Friday fasting. Once, there lived three young men who were from the Brahmin, Baniya (merchant) and royal families. They were thick friends and were all recently married. During one of their usual chats, the Brahman and prince spoke highly about their wives and also, how happy they were after their spouses’ coming into their lives and homes. The Baniya lad felt miserable, as, though married, his wife was yet to come to his house from her parents’. He wanted to bring her home immediately. But his mother had an objection. She pointed out that Venus, the planet of love is not visible in the sky then and so, that is not the auspicious time to bring his lady love to their house. Venus would rise again in just a couple of days and his wife can come then, as otherwise, his married life may not be happy, she cautioned. But driven by passion, the lad ignored her warning, went to his wife’s house, and much against the wishes of her parents, took her back with him. But serious trouble awaited him on his return journey. The cart he was travelling broke down, the bullocks fractured their legs, his wife injured herself badly, dacoits robbed their jewels and finally, to add to his misery, a snake bit him too.

Coming to know of what happened, his friends rushed to where he was stranded, gave the couple medical aid and took them back to the girl’s house. Realizing his mistake, the young man prayed sincerely to Lord Shukra seeking his pardon and blessings. He also observed the Shukravar Vrat along with his wife with devotion. The merciful God blessed him and at the auspicious time when Venus began shining in the sky again, he returned with his wife to his house. He continued his Friday fasting and Shukra worship and led a happy married life thereafter.

Shukravar Vrat or Friday fasting is observed from morning to evening. While some people abstain completely from food, others take one meal in the form of kheer (milk and rice based sweet porridge). As white and red are the favorite colors of the day, devotees wear clothes in these colors, and perform ceremonial Pooja, to Goddess Lakshmi and Lord Shukra, with the chanting of mantras and hymns. They burn incense and offer flowers, fruits and sweets to the Goddess. Shukra is worshipped with white flowers like white lotus and jasmine, along with an offering of field bean or leema bean (mochai). As this vow is generally observed for 16 consecutive Fridays, this has acquired the name, Solah Shukravar Vrat. Some people, on achieving the purpose of observing this Vrat, perform a sort of concluding ceremony called Udyaapan.

There are also some who dedicate this Vrat to Santoshi Mata, the divine female Shakti, and undertake her worship.

Benefits of Fasting on Fridays

Propitiating Goddess Lakshmi and planetary Lord Shukra on Fridays is a very effective way of getting their blessings. It is widely believed that if Sukra is well placed and is beneficial in one’s astrological chart, it is considered the most fortunate and productive for that individual. Fasting and prayers to Goddess Lakshmi can bestow you with the following benefits:

There is a popular phrase that states that the "Men are from Mars and the Women are from Venus".