Latest Articles
Thaipusam in Singapore: 5 things you need to know about this vibrant Hindu festival
Thaipusam Festival In Malaysia 2021
Significance of feeding crows
10 Must Know Significance of Giving Roti to Cow
The Story of Sharabha

Introduction: Venus is one of the celestial objects which is regarded as the sister planet to Earth. Venus is the God of Love. It is always connected with wealth, values, music, beauty, bonding energy and love. It also connects with the feeling of a sense of connection, spouse and mother’s love. People blessed by Venus have more creativity. It enhances marriage, connection and the arts. It is a small planet is the 2nd planet from the Sun. It takes 225 Earth days for Venus’ revolution around the Sun. Venus is denoted as Shukra in Hindi. This corresponds to Friday. The color of Venus is white and the planet is considered as feminine in nature. The gemstone corresponding to the planet is diamond. Venus rules over Taurus and Libra in the Zodiac and also controls the 2nd and 7th Houses of astrology. 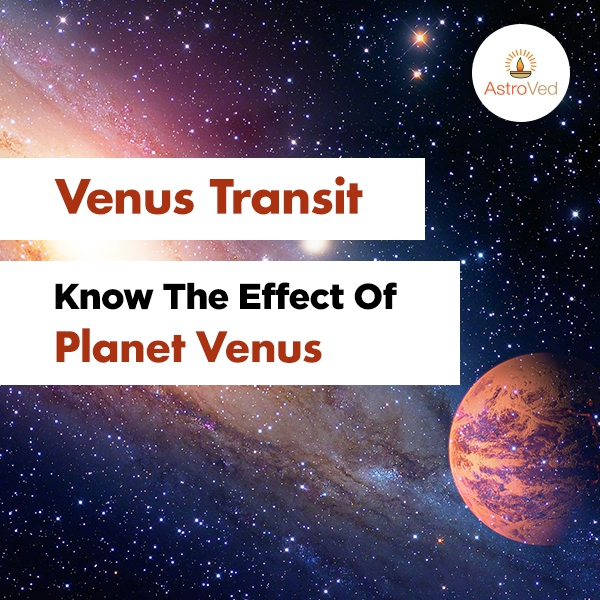 The Result of Venus Transit

Transit of Venus in First House- Venus transit from the ascendant house to moon sign is very beneficial. This is a favorable period for marriage prospects which give fruitful results. Music, art and love affairs will get positive results. It is a time for a period which is socially active and establishes a good connection in society.

Transit of Venus in Second House- This transit to the second house is considered to be auspicious. Love towards children, woman and family increases. Apart from this, the thirst for a luxurious life increases. Love relationships get deeper and stronger.

Transit of Venus in Third House- This transit will bring monetary wealth, respect, prosperity and new place. It is the time for the destruction of enemies. This period will witness a lot of exchange of ideas and discussions. Relationship with siblings will improve.

Transit of Venus in Fourth House- This is a period of good support from friends. Family responsibilities will increase. It is important to have a balanced life. Efforts should be invested for securing happiness and peace.

Transit of Venus in Fifth House- Venus Transit to the fifth house will bring auspicious results for siblings. Love life will be positive. Art and music will be highly entertained. Good temperament and positive life are indicated.

Transit of Venus in Sixth House: This transit gives mixed results. There are challenges from enemies but support from the brother and maternal side. Love matters and marital relationships will see turbulence. The workplace will bring positive results.

Transit of Venus in Seventh House- Venus Transit might give rise to fear of loss for women. Venus will give rise to sensuality. It is time for a peaceful and relaxed life. It is a good time when enemies are destroyed by the influence of Venus.

Transit of Venus in Eighth House- Venus Transit to the eighth house will ensure that people get their dream house. Merrymaking, drinking and other joys are favored. This period indicates sudden wealth, help from partner and enhanced wealth. Relationships would improve.

Transit of Venus in Ninth House- Transit in the ninth house would make a person highly altruistic, cheerful and wealthy. It is a period to enjoy new clothes and jewels. Many people will travel abroad. There are possibilities to have  relationships with people from other religions.

Transit of Venus in the Tenth House- This transit to the tenth house is not considered auspicious. Chances are there for mild turbulence and disputes in life. Many people will go through a period of mental disturbances. Over a period of time, physical abilities will also be impacted. Many people may incur heavy debts and have a rough period.

Transit of Venus in Eleventh House- The transit of Venus in the eleventh house will provide financial stability and is good for debt repayment. The influence of Venus brings sweetness in life and enhances the popularity of the person. This will be the best time to purchase properties and valuables like vehicles and jewelry. This period will be highly favorable for having delicious dishes. Possibility of gaining ancestral property is indicated.

Transit of Venus in Twelfth House- The transit brings mixed results. The financial situation will be fine for a few days. During the latter part of the year, money losses and expenses might be incurred. There are chances for robbery at home. It’s a good period to enjoy compatibility with the spouse.