Ganapathipule is a small village on the shores of the Arabian sea. This place is very famous for the Ganapathi temple located here. This picturesque village is situated on the Konkan coast, in the state of Maharashtra.

Importance of Ganapathipule and the Temple 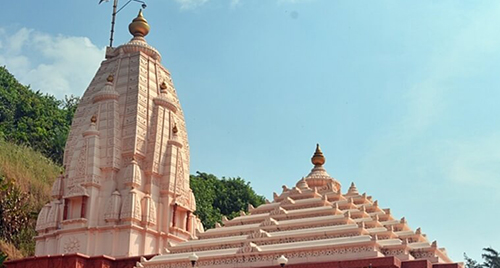 Ganapathipule is a place well known for its natural beauty. This coastal village is located on the lap of nature, has a lot of spotless beaches and offers an amazing view of the emerald blue waters of the sea.

However, the real importance of the place lies in the beautiful temple of Lord Ganapathi located here. The temple is indeed remarkable as it is there right on the beach and overlooks the sea, straight ahead. It is known as the Swayambhu Ganapathi Temple which draws devotees in very large numbers from all over Maharashtra and outside.

The Ganapathi idol here is believed to be four centuries old. There is a folklore prevalent in the region, regarding the advent of the Lord to this place, which used to be called as Pule. It is said that originally, only Gule, a place nearby, remained as the abode of this Ganapathi. However it is alleged that a woman native of the place said something about him, which the Lord felt as offensive and hence he shifted his abode permanently to this place Pule, which is only a few kilometres away. The village of Pule and its people welcomed the Lord joyfully, with open hands and made him feel at home here. Hence, this place itself became Ganapathi’s Pule, and thus, as Ganapathipule.

It is also believed that the idol of Ganapathi came out of its own, from the soil and was not created by any human hand. Hence the Lord here is known as Swayambhu Ganapathi, the self-born Ganesha. Also, whereas the deities of the Indian temples will normally be facing east, this Ganapathi, instead, is facing west. That he remains as the Paschim Dwarpalak, that is, the guardian deity of the Western frontier of India, is cited as the reason for his facing west. The temple is situated at the foot of a hill that is part of the Western Ghats, and the devout circumambulate the temple along with the hill as a form of worship to the Lord.

The Swayambhu Ganapathi temple of Ganapathipule is a small and beautiful temple, located in the midst of pristine nature and stunning scenario, right on the west coast of India. Thousands of pilgrims visit this place and the temple all-round the year for seeking the blessings of the Lord. They also make the trip to be one with nature, relish the beaches and enjoy the peace and serenity that the atmosphere provides in abundance.

Other Places of Interest nearby

There are many places near Ganapathipule which are also worth a visit. Malgund, which is just 2 kms away, is the place where the great Marathi poet Keshavsut was born and his memorial can be seen there. Also, Gaywadi beach is famous for its water sports activities; Jaigad, that has a 17th century fort and the Karahateshwar temple and Kolisare Lakshmi Keshav temple are a few among them.

Location of this place

Ganapathipule is about 375 kms south of the Mumbai metropolis and about 320 kms from Pune. Ratnagiri is the nearest town, which is about 26 kms away. One can travel by train to Ratnagiri and then by road from there to Ganapathipule, or directly by road from any other place.