Bohra Ganesh Temple is an old and well known temple of Udaipur, in Rajasthan. This temple is dedicated to Lord Ganesh, who remains as the presiding deity here. 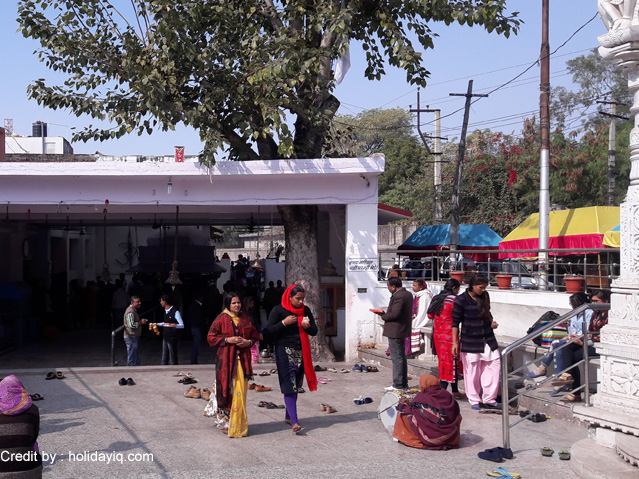 The temple of Bohra Ganesh is believed to have been built around 350 years ago, somewhere during the 17th century. It was originally constructed outside the city limits of Udaipur, but due to the gradual expansion of the township, this temple moved within city limits in due course and now lies as an integral part of the city.

The story about this Ganesh and the reason for his strange name is interesting indeed. There used to be a time not long ago, when people in real need of money for reasons like education, business, marriage, treatment of diseases etc. used to write the exact amount of money they required, on a piece of paper and leave it with a prayer and faith at the feet of the Ganesh idol. The miracle is said to happen then and the person will somehow get the amount soon, so that he can successfully carryout the intended purpose. But the Lord, though compassionate and generous, would definitely test the sincerity and gratefulness of the individual and hence, the person benefitted by the God’s grace, will be required to return the amount with reasonable interest to the Lord of this temple.

The process as such, is nothing but extending an amount as loan to a person and receiving it back from him or her with interest later. In our country, it is the Bohra community who are normally engaged in this sort of a business of lending money on interest. As Lord Ganesh here is also seen as being engaged in an activity very similar to that of the Bohras, he too came to be known as Bohra Ganesh. However it is a firmly held belief that the Lord here is much more than an ordinary businessman and that he will shower his blessings on true devotees, and reward their faith and trust by fulfilling all their honest desires.

This is a small temple and at the centre of it is the sanctum which houses the main deity. The idol of Ganesh is east facing and is in a standing and dancing posture. Thousands of people from many parts of the state visit this temple week after week for worshipping Bohra Ganesh and seek his blessings. Ganesh Chaturthi which falls during the month of Bhadrapada (August-September) is a grand occasion which is celebrated with gaiety and enthusiasm in the temple. Special pujas are done for the Lord on that day, which are witnessed by more than 2 lakh devotees. Govardhan Puja, also known as Annakoot, is also observed as an auspicious occasion here. On this day, which comes immediately after Diwali, a ceremony known as ‘Aangi’ is done early in the morning, which is followed by the famous ‘Chappan Bhog’. This specialty is offered by the devotees to Lord Ganesh and contains chappan, that is, 56 mouth-watering dishes. Maha Arti is performed in the evening and the sacred Prasad is then distributed to the devotees.

How to reach Bohra Ganesh Temple?

This temple is situated close to the Mohanlal Sukhadia University and the Govt Ahad Museum on the Bohra Ganesh Road near Udaipur’s Dhoolkot area and the locality itself has come to be called as Bohra Ganesh. It is at a distance of about 4 kms from the city railway station and 2 kms from the city centre. Udaipur is well connected by air, rail and road with all parts of the country.