The name Ramappa originates from the sculptor of the Ramalingeswara temple; hence the temple is popularly referred to as the Ramappa temple. The temple is in the sleepy, unremarkable village of Palampet in Mulug Taluk, 77 kilometers away from Warangal, Telangana. The temple stands on what was once a royal garden and is one of the main attractions of the Warangal tour. The shrine is built on the banks of a lake, called the Ramappa Lake. It is an artificial water body that still aides in irrigation for nearby villages today.

The landscape surrounding the temple is serene, and the temple is renowned for architecture brilliance and rich history. The Ramappa temple is the only surviving shore temple of the Kakatiya dynasty. 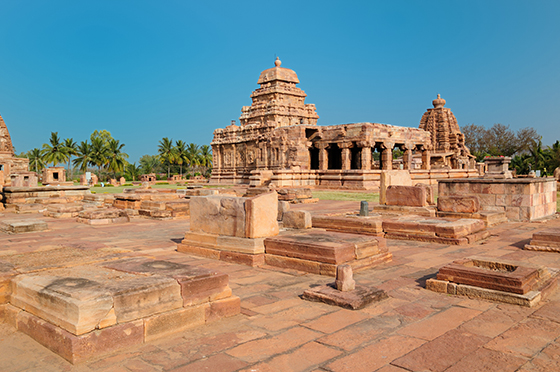 The inscriptions indicate the temple coming into existence around 1213 AD. The temple originates from the time of the Kakatiya dynasty, one of the most powerful rulers in South India. It was during the reign of King Ganapati Deva that the Ramappa temple was built, under the supervision of Chief Commander Recherla Rudra, the temple ranks as one of the best in medieval times in south India. Despite witnessing several wars and invasions, the ancient temple stands majestic and can mesmerize any visitor.

People worship a form of Shiva, Ramalingeswara. The approach to the temple is vibrant, with greenery and trees dot the landscape.

This ancient temple stands on a six-foot-high platform. The main entrance lies in ruins. Visitors can enter through the small gate. Walls surround the main temple. There are three courtyards ahead of the main sanctum. It houses a Garbhagriha, an Antarala (antechamber), and a Maha-mandapam. Four enormous pillars with carvings support the Maha Mandapam. The ceiling has intricate effigies from the Shiva Puranas. Dancing couples, water-being, birds, and animals adorn the main mandapam. If one catches a glimpse of the pillars and ceiling, the engravings are arresting. There are many pillars in front of the temple with exquisite carvings. At the entrance of the temple is the Nandi Mandapam, with Nandi facing the shrine of Shiva.

The circumference around the sanctum has a path for the traditional Pradakshina for devotees. The nine-foot Shiva Lingam sits atop the Garbagriha.

Intricate motifs and artwork adorn the Garba Griha. Carvings on the walls reflect the time, replete with various dance forms and musical instruments. The dancing figurines are outstanding that after studying postures here, a lost dance drama, Perini Shivatandavam, was revived.

There are scenes also from epics of Ramayana and Mahabharata depicted on the walls. Sub-shrines are present on both sides of the temple- the Kameshwara and Koteshwara shrines. Dwarf pillars support the Sabha Mantapam (outer porch). Every entrance has sculptures of dancing girls and youthful women, considered masterpieces of Kakatiyan art.

The beauty of the Ramappa temple is a gateway to the Kakatiya culture, tradition, knowledge, technology, and artistic ingenuity.

At the rear of the temple is a roofless stone structure or a Mandapam which houses the Vahan (vehicle) of Shiva. The Nandi (bull) in a seated position is facing the icon of Shiva, be-decked with bells and ornaments typical of south Indian temples.

While the Kakatiya temples were representative of Trikuta style, the Ramappa temple represents the Eka Kuta style, unless it is the only standing edifice and surrounding temples got destroyed. The architecture is reminiscent of the classical style with the pivotal part of the temple built at an elevation. The Ramappa temple is star-shaped. The engineering prowess of the architects is visible here.

The dynasty followed Shaivism. The temple is a cultural representation of the Kakatiya dynasty, known for the art, civil services, and culture. The Kakatiya reign was also knowns as the Golden Age of Warangal.

Most ancient temples knowledge and architectural skill that perhaps may be hard to match today, despite huge leaps in technology advancement. The architects and artisans of yore were highly skilled, and the temples, forts, and palaces stand as symbols of the legacy they left behind.

It is not hard to imagine the structural brilliance of these edifices and how technically sound they were. The Ramappa temple is resistant to earthquakes and other natural calamities. It was built based on sand-box technology. The engineers made a three-foot deep foundation and mixed sand with granite, jaggery, and other materials. Although there are cracks on the surface, the foundation is strong. Architects used soft, dolomite rocks to build the temple. The bricks used in the construction are one of a kind. They are very light-weight and can float on water, but they do not sink. The temple pillars bear carvings and sculptures reflecting mythology. If one hits a structure or a stone of the temple, musical sounds emanate from them. The Nandi in this temple can be seen in an attentive posture, as though ready to take commands, unlike other Shiva temples.

The Ramappa temple is an architectural marvel and the only temple that holds the distinction of being India’s sole nomination for UNESCO’s World Heritage Site in 2019. It stands as testimony to the architectural pattern and technology representative of the Kakatiya dynasty.

How to Reach Ramappa Temple

The nearest city that has an airport close to Palampet is Hyderabad.