Jogulamba Devi Temple is one of the Sakthi Peetam, situated in Alampur, Telangana. This is the site where the “Teeth” of the Goddess Sati fell on the earth. This is renowned as “Yogini Peetham”. Here, Goddess Parvathy is worshipped as “Jogulamba Thalli”. It is also renowned as the western gateway of Srisailam. In this temple, the Goddess is seated on a corpse with scorpion, frog, and lizard. She is considered as the mother of Yoga, and in Telugu, she is renowned as Yogula Amma, which then turned as Jogulamba. This is one of the renowned temples of the city Alampur, where it is one of the main tourist attractions. 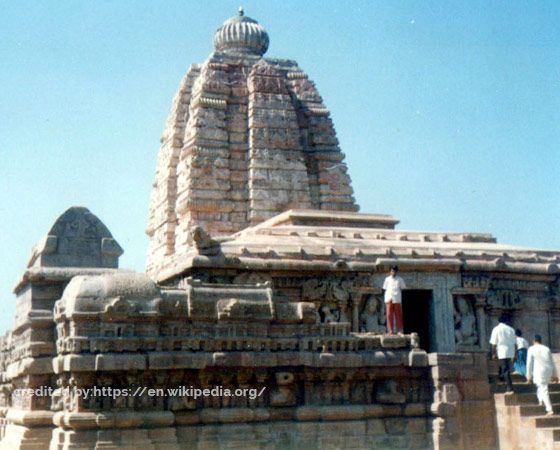 The legend of the temple is connected with the Sage Rasa Siddha, who is highly talented in alchemy. He was very close to the Chalukya king Pulakesi II. He was highly instrumental in building the Nine temples of Lord Shiva, known as “Nava Brahmas”. Those nine temples are the names of the different herbs. The temple is said to be constructed according to the laws of Tantrik worship. The metal mercury is made to ooze from the lingam and said to have mystical powers, when the Upasana, a special type of worship.

The architecture of Jogulamba Devi Temple:

The temple stands on the river Tungabhadra. It represents the Badami Chalukyan architecture. It is believed that the old temple which stood here was destructed due to Islamic Invasions, and what currently sands here is the renovated and the reconstructed temple. The stalwarts of the temple were able to protect the idols of the temple, which were later used in the reconstruction of the temple. There are several shrines for the deities of Hindu Pantheon, where the shrines are for Lord Ganesha Lord Shiva, Goddess Parvathy who is venerated as Goddess Jogulamba. The temple has Navagraha, and Statue of Lord Bhairva. The temple also has idols of Goddess Saptamatrikas, Goddess Vighneswara, and Goddess Veenapani Veerabhadra. It is to be noted that the old idols were left in Bala Brahmeswara Swamy temple, and new idols are made replaced Jogulamba temple.

The temple enjoys celebrating several festivals. Ugadi, Shiva Ratri, Arudra Darshan, Maghabahula Ekadasi, are highly venerated with pomp and feisty. The festivals like Phalguna, Karthikamasa, Krishna Jayanti, and Ganesh Chaturthi are also the other festivals that earn good patronage from the people.

This temple is believed to have mystical powers. Tantrik worship, along with alchemy cures the diseases for many people. This temple is worshipped by people with ailments and believed to get cured by the mercy of Lord Shiva, who is in the shape of Linga. Goddess Jogulmba is the mother of Mystical powers, removes the obstacles from everyone, to enhance happiness and prosperity in lives.

The temple is open around 7 am and closes at 1 pm for the morning session. Again it reopens at 2:30 pm and closes around 8:30 pm.

How to reach Jogulamba Devi Temple:

The nearest airport is Hyderabad International Airport. It is advised to resort to roadways from the airport to reach the shrine comfortably.

Several buses connect to the city of Alampur. There are various other local transports and private transports which are available in plenty.