Ahobilam is a renowned pilgrimage center in the Kurnool district of Andhra Pradesh. Ahobilam is also known as Singavel Kundram and is one of the most powerful Gods. One can visit Ahobilam in the Nallamala hill forests of Allagadda Mandal of Kurnool district, Andhra Pradesh. The temple lies in the Eastern Ghats. God appeared in this spot in Ugra Narasimha form, the fiercest form of Narasimha. God is Swayambhu, self-manifested. The Ahobilam Narasimha Swamy temple has nine shrines in a perimeter of five kilometers. Aho means might, and Bala reflects strength. 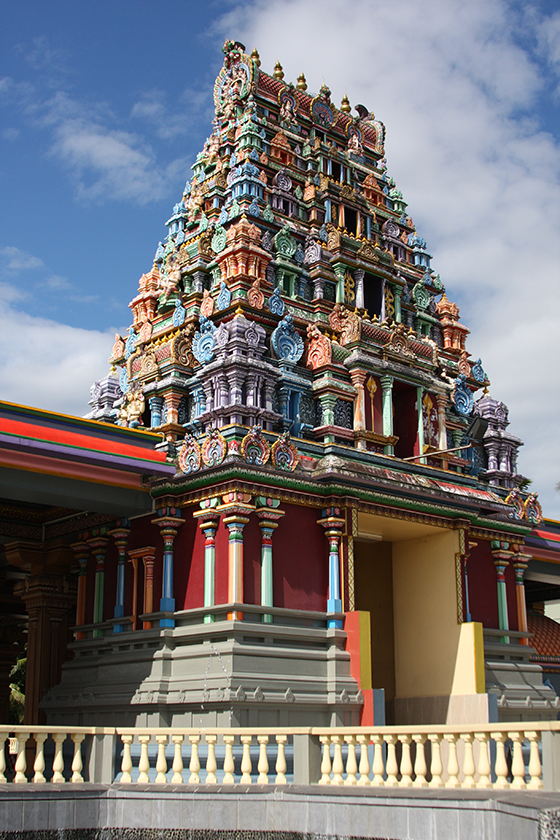 Demon King Hiranyakashyapu hated Vishnu as he believed he was God incarnate and the supreme being. His son Prahlad devoutly worshipped Vishnu and was his staunch follower. The evil king tried to kill his son on various occasions. However, Vishnu saved Prahlad in all situations. King Hiranyakashyapuwas enraged further. Prahlad advised his father and challenged him on Vishnu’s existence across the universe, in every particle.

King Hiranyakashyapau challenged Prahlad about God existing in the stone pillar near him. Prahlad said Vishnu was omnipresent, upon which an enraged Hiranyakashayapu kicked the stone pillar. He warned Prahlad that if Vishnu did not appear, he would chop off his head. Prahlad started chanting the name of Vishnu and closed his eyes in prayer. Barely had he done so when the pillar broke apart, and a fearful rumbling noise emanated, and thence appeared God in the form of Narasimha- his body and lower torso was that of a man, while his head was that of a lion. His head, face, and claws were terrifying as he pounced upon the evil king and carried him to the doorstep; it was neither inside nor outside, neither dawn nor dusk.

Vishnu killed Hiranyakashyapu by tearing him apart with his lion nails and killed him. The spot where Narasimha killed the evil king is now the Ahobilam Narasimha Swamy temple. The temple is natural like the deity, the self-emerged idol of Narasimha himself.

The Vahanam (vehicle) of Vishnu is Garuda. He wished for a form of Narasimha in his original avatar and did severe penance. Vishnu settled in the hills around Ahobilam in the dense forests in nine different shapes. Vishnu took root in the hilly terrain in these forms is called Garudadri, Garudasailam, or Garudachalam.

According to the Sthala Puranas, Gods and Goddesses witnessed the Ugra Kala form of Vishnu as Narasimha tearing king Hiranyakashyapu to pieces. They sang in praise of Vishnu as Ahobila, the ultimate strength which did not exist in the past nor future. The site is known as Ahobilam or Ahobala as well. The other legend refers to Ahobila (Aho-mighty and Bila -cave), the place where Garuda worshipped, performed penance, and visualized Vishnu he prayed for Narasimha to remain in that region to be of help to the people. The site is called Ahobilam.

Ahobilam separates into lower (Diguva) and upper (Ekuva). Out of the nine shrines, three lie in lower Ahobilam, while the remaining six lie in upper Ahobilam. One more temple of Narasimha Swamy exists in lower Ahobilam; Venkateswara of Tirupati installed the idol himself.

The entire Nallamala hills from Kurnool to Chittoor personifies Adishesha himself, whose tail is Srisailam, the middle is Ahobilam, and the head is Tirupati. The Eastern Ghats hills compare to Sri Adi Shesha, the serpent bed of Vishnu. Tirupati lies on the seven hoods, Ahobilam on the body and Srisailam on the tail.

Ahobilam is one of the 108 Diya Desams. The region is also called Nava Narasimha Kshetra, with Narasimha existing and worshipped in nine forms, within a radius of five kilometers from the main temple. Few of the temples are easily accessible, while many have dense forests and rocky paths to cut through.

The nearest airport is at Tirupati, 229 kilometers away.