Introduction about the Shakumbhari Devi Temple

The Shakumbhari Devi temple is located in Jasmour village near Saharanpur in the Indian State of Uttar Pradesh. Many consider the temple to be a Shakti Peeth which venerates the Divine feminine energy of the Universe. The presiding deity is an Avatar of the Mother Goddess Durga who is regarded as the epitome of Shakti (power). After killing the evil demon Mahishasura, the Goddess underwent penance for a hundred years. Sages who came in search of the Goddess were rewarded with vegetarian food during her period of penance. 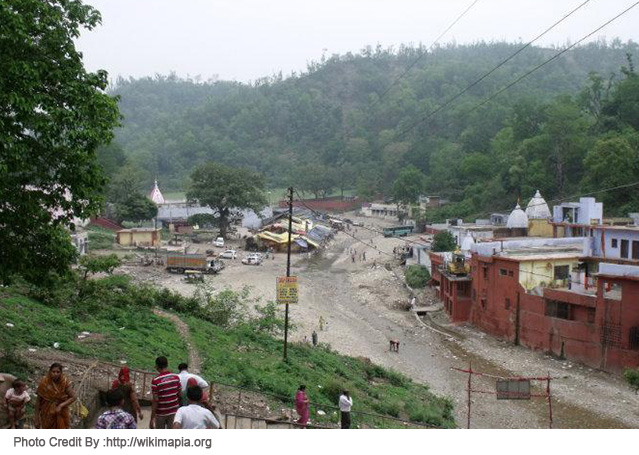 The temple is accompanied by the Bhura-Dev shrine dedicated to Lord Bhairava, who is perceived to be her guard. Visiting this shrine is considered a must before one goes on to the Shakumbhari temple. A popular temple of the Goddess exists near the Sambhar Lake in Rajasthan and another one is located in Badami, of Bagalkot District of Karnataka. The Shakumbhari temple is an important religious and spiritual center which is widely visited by people from all over the world.

History of the Shakumbhari Devi Temple

It was at this very place that the Mother Goddess Shakumbhari is believed to have slain the once mighty demon king Mahishasura who terrorized the world with his evil deeds. The Goddess, while doing penance partook of only vegetarian food (Shakahari) once a month during this period and thus the temple came to be associated with vegetarianism, with many Hindu devotees following this practice till today.

Sometime during the early 1960s, a covered corridor connecting the entrance gate and outer verandah was constructed. This was of immense benefit to devotees and greatly facilitated the convenience and comfort of visitors. Work was carried out under the patronage of the Ranas of Jasmour and executed by Shri Radha Kishan, an esteemed official of the erstwhile Kalsia State.

Significance of the Shakumbhari Devi Temple

The purity and sanctity of the temple is so serene that one tends to wallow in the tranquil surroundings of this holy place. Accompanied by the gurgling of streams, the ambience is so enchanting that it immediately puts one’s tensions at rest. The Sankaracharya is also said to have visited the place and meditated there. He recovered the Idols from the surroundings and placed them within the shrine. The Goddess enshrined in the Sanctum Sanctorum is accompanied by Bhramari Devi, Bhima Devi and Sheetla Devi. All these Goddesses are forms of the primordial power ‘Shakti’ which pervades the entire Universe and are believed to have incarnated in various Avatars at different intervals of time.

Other Temples of Shakumbhari Devi

The Sikar District of Rajasthan is home to another ancient temple of Maa Shakumbhari and the idol here is considered to be Swayambhu (delf-manifested). It is located close to the town of Udaipur Shekhavati. There is also an ancient Mutt or Shaktipeeth here. The temple celebrates the Navratras festival with great enthusiasm and fervor.

The Shakumbhari temple near the Sambhar Lake in Rajasthan is also a very popular place of worship and its origin can be traced back to almost 1300 years or more. The deity of this ancient shrine is the Kul Devi of Pundir and Chauhan.

The Jeen-Maa temple near Goriya in Rajasthan is also associated with Shakumbhari Devi and the deity is venerated as the Divine Mother.

The famous Shakumbhari melas are held twice a year during the Navratras in the Ashwin and Chaitra months. These melas are celebrated with great pomp and fervor by hundreds of thousands of devotees, who flock to the temple for a glimpse of the Goddess. Measures are taken to maintain the roads and other infrastructure to facilitate the influx of visitors. Devotees who visit the temple first pay obeisance at the nearby Bhura-Dev temple. After offering prayers to Lord Bhairav, they then make their way to the Shakumbhari temple.

Holi is also celebrated with great enthusiasm with the entire temple complex and its surroundings being spruced up for the occasion.

Benefits or Blessings of the primary deity- Shakumbhari Devi Temple

Devotees who visit the Shakubhari Devi and Bhura-Dev temple to propitiate the deities experience great satisfaction and contentment. The blessings of the deities are highly auspicious and literally change the demeanor of a person. Many change their very outlook of life itself and go on to witness favorable uptrends in their fortunes.

Location – How to reach the Shakumbhari Devi Temple

The temple is quite easily accessible by several modes of transport.

By Air: The nearest Domestic Airport is about 70 km away in Dehradun.

By Train: The Railway Station in Saharanpur is about 44 km away from the temple.

By Bus: Saharanpur is well connected by bus service to neighboring towns and cities.