Introduction about the Neelkanth Temple

The Neelkanth Mahadev Temple is a sacred Hindu temple dedicated to Lord Shiva, who comprises one of the Gods in the holy trinity of Hinduism, along with Brahma and Vishnu. Lord Shiva is depicted here with a blue throat which relates to his consuming the poison that appeared from the Sagar Manthan' (churning of ocean). Located in the holy town of Rishikesh in the District of Uttarkhand India, it is situated at a height of 1330 meters, overlooking the Nar-Narayan mountain range. 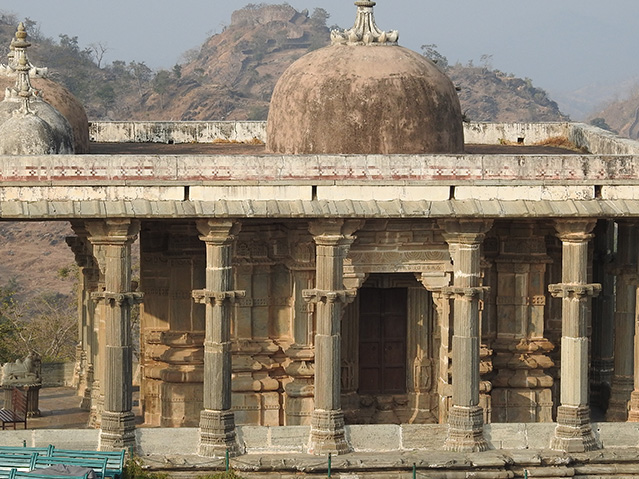 The lush greenery and streams surrounding the temple lends tremendous natural beauty to the shrine, giving it a serene and peaceful ambience. It is idyllically situated in the valleys of Manikoot, Brahmakoot and Vishnukoot, at the confluence of the Rivers Pankaja and Madhumati. The shrine is a prominent religious and spiritual destination which attracts innumerable visitors throughout the year from within the country and foreign shores.

Significance of the Neelkanth Temple

Hindu myths and legends trace the origin of the temple to the period when Lord Shiva ingested the poison which appeared from the churning of the ocean. The shrine was built to commemorate this auspicious occasion and gave Lord Shiva the moniker ‘Neelkanth’, because his throat turned blue. The main shrine in the precincts of the temple houses a Shiva Lingam (phallic form of Lord Shiva).

The steep and narrow path winding through the hills leading to the temple make the trip quite thrilling and one can enjoy the spectacular natural beauty of the landscape. Streams of water wind their way through the countryside, mingling with the dense greenery, making it a trekker’s paradise. A natural spring winds its way into the shrine where devotees can enjoy a dip in the holy waters. The spiritual aura prevailing in the temple awakens a devotional fervor in the hearts of devotees and enraptures one with a profound feeling of piety.

The magnificent façade of the temple is a sight to behold and the architectural beauty of the temple is so overwhelming that it draws many admirers. The Samudra Manthan is replete with depictions of Gods and Goddesses which are tastefully portrayed in colorful and aesthetic style. The evocative colors and intricate architecture are a visual treat which captivates visitors. The elegant Sanctum Sanctorum houses a splendid life-sized Idol of Goddess Parvati, seated near the entrance. The presence of this charming image adds a divine aura to the surroundings which enthralls devotees. The area surrounding the Lingam is made of marble and the columns are intricately etched with images of the Dwarpals (guards). Lord Shiva’s mount, Nandi, the Bull is depicted opposite the Lingam, giving it a place of pride in the Sanctum. The Lingam as such is encased in silver and open from the top where it can be viewed in its original form.

The festival of Maha Shivaratri is celebrated with great fervor and enthusiasm in the temple, with devotees flocking to the temple on this auspicious occasion. Bael Leaves, coconuts, flowers, milk, honey fruits and water are offered to Lord Shiva to obtain his blessings. Two gala fairs are held annually in the temple on the occasion of Maha Shivaratri and Shivratri of Shraavana. During this period, devotees trek all the way from Haridwar to the Neelkanth Mahadev Temple to take part in the proceedings. Visiting the shrine is a truly heavenly experience which can never be replicated and devotees who pray here with a pure and clean heart are sure to attain the grace of the Lord.

Benefits or Blessings of the primary deity- Neelkanth Temple

The presence of a gigantic and ancient Pipal tree graces the exit of the temple and many tie a sacred thread for the fulfillment of their wishes, only to revisit the temple to untie the thread upon realizing their desires. Visiting the temple to pray to Lord Shiva is said to free one from the cycle of birth and death, prodding one toward the divine state of ‘Moksha’. Devotees from across the world come here to seek solitude and peace of mind, in a bid to unburden themselves from worldly shackles.

Location – How to reach the Neelkanth Temple

The Neelkanth temple is about 32 km away from Rishikesh. It falls under the Pauri Garhwal district of Uttarakhand and easily accessible by several modes of transport. Many prefer to trek all the way to the temple just to witness the incredible natural landscape.

By Air: The nearest Airport is in Dehradun, about 49 kms away.

By Train:The nearest railway Station is in Rishikesh, about 32 kms away.

By Bus:The temple is well connected by bus service with neighboring towns and cities.