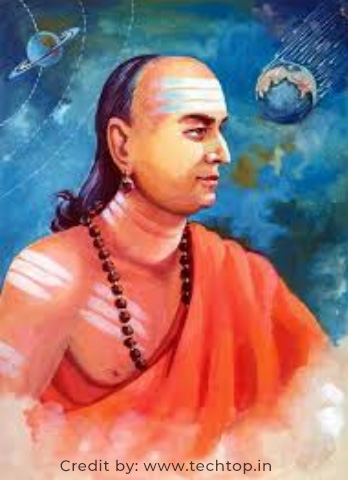 Sage Varahamihira or was a renowned Astronomer, Mathematician, and Astrologer . He was the renowned scientist, who discovered water on Mars, even before 1500 years. He hailed from Ujjain and is believed to have lived during the Gupta period. It was the golden period of Indian era, where several art, science, culture, architecture, science had developed, and was taught to various people from other parts of the world. Sage Varahamihira is one of the Nine Gems called “Navaratnas”, in the court of King Yashodharman.

He is considered as the pioneer in mathematics, and a tremendous scholar. He was one of the mathematicians- astrologers of India . Apart from Sanskrit, he also learned Greek and praised for their acumen in Astrology. His works are translated into several languages across the globe.

Sage Varahamihira was born in the Avanti region, which is in Malwa. He was born to Adityadasa, a great Brahmin scholar himself in both astrology, astronomy and mathematics. Adityadasa was a great worshipper of Sun, and he taught Sage Varahamihira in several fields and raised him as a scholar.it is also believed that, throughout his life, he had some quest, which made him discover new things. He met the great mathematician Aryabhata and took astronomy, and mathematics as his lifetime pursuit. He had an open mind to even learn languages and science from other parts of the world, and make a comprehensive study. It is also evident from his works that he had intellectual connections with scholars of the other parts of the world.

Sage Varahamihira predicted King Vikramaditya’s son’s death. According to him, the King’s son would die in his 18th age. Despite several protection, the son of the king was attacked by a wild boar. Thus, the king to commemorate his accurate predication, and to praise him, conferred him with the title “Varaha”, which is the emblem of Mahada Kingdom. Since then Sage Mihira was called Varahamihira.

He was the scientist who discovered that the earth was spherical. He discovered “Force”, which binds various things together. Brihat Samhita by Sage Varahamihira speaks about diverse subjects like mathematics, gemology, perfumes, astrology , architecture, temples, planetary motions, eclipses, rainfall, agriculture, cloud formation timekeeping, seasons, and many other topics. His works of “Shilpa Shastra”, several chapters of the “Brihat Samhita”, and “Varahamihira” were read, and quoted by Persian scholor Al Biruni.

He enhanced the chapter of Trignomitry in mathematics, where he enhanced the precision of the sine tables of Aryabhata. He discovered a version of “Pascal’s Triangle”, and calculated binomial coefficients. In physics, he conducted several experiments and found the reason for the scattering of rays.

He found that planets and moon are lustrous as they reflect the Sun’s rays, and not due to their own radiation. He gave “Pancha Siddhantika” on astronomy, which brought a newer dimension to Vedic astronomy. He discovered comets and wrote several hymns on comets.

He has learned Vedas, but his quest in science, astronomy, and astrology has led to diverse experiments and newer quests. His works were the basis of newer discoveries and set the basis of several experiments for other scientists. Thus it is important to understand and appreciate the great works of Indian Sages, who are also multifaceted. Their contributions are highly significant and hold a special place in Indian history, which altered the course of the earth.