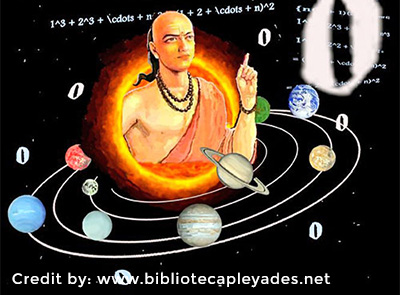 Sage Bhaskaracharya is a renowned Mathematician and astronomer. He has written several books and proposed various ideas on several fields of maths and astronomy, which are even older than many other discoveries and inventions by those scientists of the western world. He has given proof for several theorems like Pythagoras. He gave new names to numbers, which can be counted quadrillion and even more. He has rendered several treatises for quadratic equations. His works on calculus are considered highly intellectual.

He proposed that the earth is not flat, and even supported his ideas with several postulates. He even gave the distance between each planet and proposed orbital distance. He was the head of the “Astronomical Observatory in Ujjain” which was the learning center of India. He has used several instruments to calculate and to perform his experiments. He emphasized that “Mind” is the great master, and could perform several research and experiments by the power of the mind.

The birthname of Sage Bhaskaracharya is Ganesh Daivadnya. He was also called “Ganakchakrachudamani’, as he was highly intelligent. It has been found through his texts that his father Maheshwar taught him mathematics and astronomy.

Bhaskaracharya resided in a hamlet of Vijjadveed. Unfortunately, the hamlet of Vijjadveed is currently unavailable. While he was young, he was exposed to several great sciences, Vedas, and other texts. He performed severe austerities, along with learning maths and astronomy. Thus he finds that it was the Lord’s blessings, which has made him the great sage.

He did extensive work and wrote many books on Algebra, Arithmetic, and Geometry. His works Lilavati" and Bijaganita, are one of the earliest books on mathematics, and are considered unparalleled, and shows his intelligence. He extended the work of Brahmagupta's work on number systems. His books were translated into several languages.

“Siddhant Shiromani” is one of his treatises, where he writes on planetary positions, astronomical equipment, eclipses, cosmography, mathematical techniques. In his work “Surya Siddhant” he made several emphasize on “Gravity”, even before the great scientist “Newton” discovered gravity.

He has rendered several contributions towards Astronomy. He gave a detailed explanation about the position of planets, solar eclipse, lunar eclipse, the conjunction of planets with other austral bodies. He gave various explanations about seasons and gave finite astronomical calculations.

It is important to note that his discoveries led to the massive impact of the world in the field of maths and Astronomy. It is also important to note that many westerners did extensive research on his works, which led to several phenomenal growths of science and maths. Indian Almanac is the testimony where they were able to calculate and predict for several millennia.

It was only when Europeans, changed from roman numerals to the decimal system, they were able to show progress. It is evident from the several works that he used various instruments and calculated the distance between celestial objects. He has also enhanced his skill as a poet and a great scholar who could think beyond his times.