It is a Vedic tradition to start any new work during auspicious timing of the day called Muhurtham. It is equally essential to be aware of the unfavorable time windows of a day, to avoid any mishap. Rahu Kalam, also known as Raahu Kalam or Rahu Kala, is one such time that is considered inauspicious in the Vedic custom. Also, it is believed that any venture begun during Rahu Kalam will not prove fruitful and result in setbacks and forces you to do the task multiple times.

Why You Should Avoid Rahu Kalam

Vedic Astrology describes Rahu as a malefic planet and the time period in a day under its influence is generally avoided for beginning any auspicious or religious event such as marriage, house warming ceremony, purchases, new business etc. Rahu Kalam is particularly given high importance in India and is considered highly unfavorable. Scientifically, Rahu Kalam is the period of the day when the intensity of the ultraviolet rays is severe on Earth. Hence, avoiding exposure to sun during Rahu Kalam protects you from the harmful effects of UV rays as well. 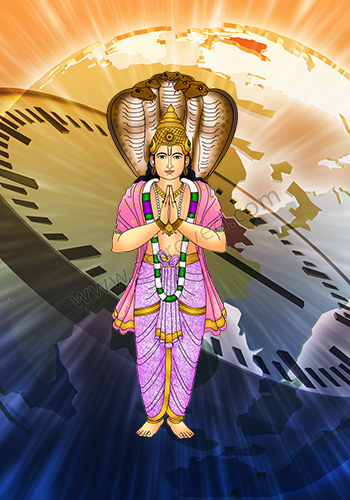 How Rahu Kalam is calculated

How to Remember Rahu Kalam

After sunrise, the 1st period (out of the eight segments of time period between sunrise and sunset) which approximately lasts for one and a half hours is always auspicious, as this duration of the day is always free from negative effects of Rahu. Monday, Rahu Kalam falls on the 2nd period. Saturday on the 3rd period. Friday on the 4th period. Wednesday on the 5th period. Thursday on the 6th period. Tuesday on the 7th period and Sunday on the 8th period. Some consider Rahu Kalam in the night; however it is less popular, as most of the auspicious work is commenced during the daytime.

It is easier to remember the mnemonic phrase "Mother Saw Father Wearing The Turban Suddenly", with the first letters corresponding to Sunday, Monday, Tuesday, Wednesday, Thursday, Friday, and Saturday.

According to myths, it is believed that Rahu & Ketu, though not physical bodies, are strong enough to gobble up the Sun, causing a solar eclipse. Hence, the time period under Rahu’s influence is regarded inauspicious for any undertaking. Some believe that Rahu Kalam on Tuesday, Friday and Sunday has more negative effects than on other weekdays.

It is strongly believed that Milk Abishekam (Hydration Ceremony) to Rahu at Thirunageswaram (Rahu Temple) can remove all obstacles, causing delay in marriage, stressed marriage life, delay in progeny and Doshas or afflictions such as Kala Sarpa Dosha, Sarpa Dosha and Kalastra Dosha.

Worshipping Goddess Durga in the Northern outer sanctum in Shiva temple during Rahu Kalam on Tuesday (3:00 PM - 4.30 PM IST) and on Friday (10.30 AM - 12:00 PM IST) by lighting lemon lamp is considered auspicious and showers beneficial blessings of the Goddess.

Rahu Kaal for Other Cities