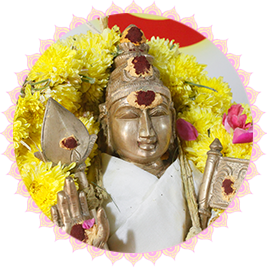 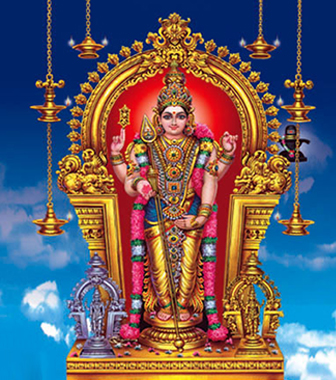 Muruga, also known as Subramanya, Karthikeya or Skanda, is the son of Lord Shiva and his consort, Goddess Parvati. He is a unique Godhead, who remains the rare combination of matchless valor and supreme, divine intelligence. According to legends, it is on Skanda Shasti that Lord Muruga put an end to the demon, Surapadman. Hence, Skanda Shasti is regarded as very special for Muruga worship, when devotees observe Vrat (fasting) for propitiating him and receiving his blessings.

According to mythology, Surapadman was a demon, who obtained many boons, became quite powerful and started oppressing even the Gods. As desired by his parents, Lord Shiva and Goddess Parvati, Muruga led an army of celestial beings against the demon forces and fought Surapadman, his henchmen and their mighty army.

The fierce battle ended on the 6th day, when Lord Muruga comprehensively defeated Surapadman and his evil forces, relieving the Gods and the people, of his repression. This day is observed as Skanda Shasti. The grateful devotees remember the heroic feat of Muruga, sing his glory for the first 5 days, and on the 6th Skanda Shasti day, they undertake Vrat or fasting and offer him special worship to commemorate his resounding victory.

This triumph is also enacted in many Muruga temples as ‘Surasamharam,’ the annihilation of Surapadman, and is held with great enthusiasm in Thiruchendur, the seashore temple of Lord Muruga.

Devotees install a picture or idol of Lord Muruga at home, decorate it with flowers, light a traditional lamp, preferably a ghee lamp and incense, make offerings of fruits and special delicacies like sweet pongal, and offer worship along with the reading and reciting of texts and hymns like Skanda Puranam and Skanda Shasti Kavacham. Some also worship the Vel or the lance, Murga’s principal weapon and also visit Muruga temples. Devotees begin the fast early in the morning and continue it till next day sunrise. Some observe Vrat on all the 6 days, from morning to evening. While a few go on complete fasting, some have only liquid diets, and some others, fruits. Refraining from other thoughts and purifying the mind only with spiritual thinking during fasting, is considered as important or even more, than abstaining from food. While the fasting is completed on the sixth Surasamharam day, Thirukkalyanam, the marriage of Lord Muruga with Indra’s daughter Devasena, is celebrated on the next day.

According to sacred texts, observing Vrat (fasting) on Skanda Shasti can bestow the following benefits: