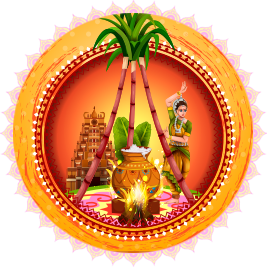 What is Kanum Pongal?

Kanum Pongal marks the fourth day celebration of Pongal, The name Kanum means seeing. People generally go for an outing with their families and friends. This day is also known as Thiruvalluvar Dinam. Thiruvalluvar is one of the famous poets of Tamilnadu. He is also called Deiva Pulavar”, or Sacred Poet. His couplets are about 1330 in number which is just composed of two lines each. Thus, this day has multiple importance, and marks a great day for all the Tamil community across the globe. 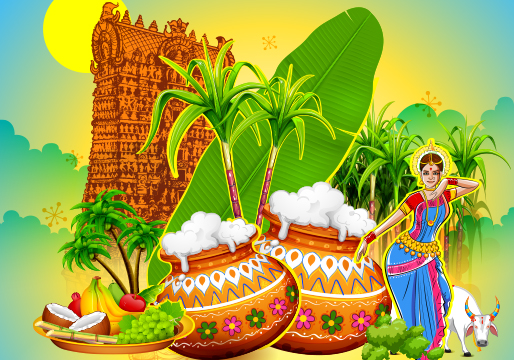 Kanum Pongal is associated with Thai Pongal. Gratitude forms a major part of Hindu’s life. We pay our tribute to everyone associated with our lives. Our Parents, Relatives, Teachers are all very important part of our life. This day also coincides with Thiruvalluvar Dinam. He was one of the great poets, who raised Tamil poems to a great pedestal. All his couplets are packed with great values, which are helpful to mankind to lead a life of success and happiness.

Nature, cattle and farming land also have equal importance. It is our duty to pay our tribute. People across the globe consider Pongal at a time to be very positive and request the almighty to bestow the benevolence of the almighty. It is to be noted that the festival of Pongal is celebrated from the time immemorial, even from 400 BCE. Several historians have mentioned about Pongal in their works, one among the greatest record is the book, “A Western Journalist on India” written by “Francois Gautier”, a French Journalist, who tracks about the festival of Pongal being celebrated in all parts of Tamilnadu, with much happiness and valour.

The reference of Pongal festival can be traced back to Sangam Period. The thanksgiving, bull fight and the feast followed by the prayers mark a significant factor behind the growth of the entire Tamil community. The bullfight is also known as Jallikattu. It is often a great festival, where the people gather in large numbers to witness this great event.

Jallikattu players try to tame the ferocious bull. The player, capable of controlling the ferocity of the bull would be rewarded enormously. Indian Bull is said to be one of the superior varieties of bull across the globe.

This has a great resemblance with the bullfight of Spain, but the major difference is that, the bull is not killed in India, rather consider it as a great sporting event for a lot of people to admire the valour of the warrior.

This day has multiple significance. Sisters pray for their brothers, to have a happy and prosperous life. They put all the food and special preparations on a leaf and offer it to the birds. This is an indication that the birds eat the food, and bless abundantly. Young girls, and ladies waiting to get married offer special prayers to God. They often sing and dance to celebrate. The main feature of this day is to go to the river bed and enjoy the day with the friends and relatives. Some people also give gifts to young girls and bless them abundantly.