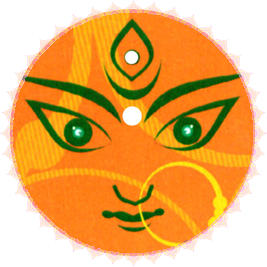 Chaitra Navratri is a nine-day festival, which is also called as Vasanth Navaratri, and Ashadha Navaratri. It falls on 25th March 2020. This is celebrated on the first day of the Luni-Solar calendar, which coincides with March and April of the Gregorian calendar. It is one of the highly revered festivals across India and holds a special position in the Hindu Pantheon. All the nine days are filled with worship, fasting, meditation, and devotion. It is celebrated to give significance to the female force of energy, where all succumb before her

It is important to note that the last day of Chaitra Navratri is celebrated as Ram Navami. Hence it is called Rama Navaratri. Lord Ram is one of the incarnations of Lord Vishnu and the stellar example of a perfect king, and a devout son. This also signifies a spirited beginning, where everything in this world starts afresh.

Once a great of the Kosala Kingdom, King Dooshibago was killed by a lion. It became time to select his successor. Prince Sudarsana was the crown prince and was about to be crowned. The hostility came from King Yudhajit of Ujjain, who was the father of Queen Lilavati. He wanted his grandson to be the king, and thus there was a great feud for the kingdom. Due to this hostility, it broke as a great battle between King Virasena and King Yudhajit. King Virasena was killed in the war, and his daughter Queen Manorama along with Prince Sudarsana, bolted to the forest. A eunuch rescued him. It was in Sage Bharadwaj’s hermitage; he sought refugee.

Parallelly, King Yudhajit, crowned his grandson, Satrujit, at Ayodya. Yudhajit found that Queen Manorama was with the Sage. His greed forced him to destroy the Queen and the Prince. With a fury, he was about to attack the Sage but was stopped by his minister.

Prince Sudarsana once pronounced “Kleem”, the “Bija Akshara Mantra” of the Goddess. This is one of the most potent chants, which would ward off all evils. He was blessed by the Goddess and bestowed the power of invincibility. He also got married to the daughter of the King of Benares. Thus, he, along with his father-in-law, restored the kingdom with the blessings of the almighty.

Since then, the clan of Ikshvakau, where Rama was one of the kings, always celebrates Chaitra Navratri with great reverence, and they became the great worshippers of Goddess Durga.

The celebrations of Chaitra Navratri are held on a massive scale, marked by prayers and fasting on all nine days of the festival. All across the country, devotees clean and wash their houses to welcome in the Goddess into their homes. Those who observe a fast are allowed to eat only ‘Satvic’ food like potatoes, curd, fruits, and items made of ‘kuttukaaata’ or buckwheat flour. Non-vegetarian food and certain items like onion and garlic are to be strictly avoided.