There will be good income flow during the first five months as well as the last two months of the year. Finances would be strong during July, August, and September. Expenses will be reasonable, with no unexpected or unwarranted debits. Overall, this year looks good for finances and wealth.

Characteristics of the Pisces:

Unfavorable Months: June, July, August (During these months they should pray to their favorite deity and perform the recommended rituals)

Characteristics of the Pisces:

General: For Pisceans, the year will be favorable for income flow. They will display a high level of intelligence, courage, and communication, adding to their popularity. They may gain in speculative activities and inherit a legacy. Love matters are favorable. If obstacles in your path hinder success and prosperity, they will now vanish, and this period also sees many of your heart’s desires being fulfilled. Overall, their life will be happy. These trends can be seen from the beginning of the year until the first half of May. The same situation will prevail during November and December.
Productivity and performance will peak in the 3rd quarter. It is also a good time for finances. There will be profitable real estate transactions, and house, land, building, and vehicles will be bought or sold. They will be able to triumph over enemies.

Career: There will be an average success in career and the months July, August and September will see better results in productivity and real estate transactions. Where business prospects are concerned, the second half of March to the first half of May will be good. Good gains in business are likely in November & December. They can depend on speculation during the first and the last quarters of 2020.

Love Relationship: Love between partners will be strong during the first five months and the last three months of the year. Their loved one will shower them with care, affection, and closeness for a major part of the year. Marital bliss is good. Those looking for life partners would meet with success though June, July, August, September, and October may not give good results.

Finance: There will be good income flow during the first five months as well as the last two months of the year. Finances would be strong during July, August, and September. Expenses will be reasonable, with no unexpected or unwarranted debits. Overall, this year looks good for finances and wealth.

Student & Education: Educational prospects look bleak, but the months July, August, and September offer some relief. During this period, school and university students would do well in academics and competitions. Those aspiring to study abroad must put more efforts to succeed.

Health: Health will be average. They should ensure hygiene and safety in food habits. Proper safety measures should be followed during June, July, August, and September, as severe illness or ailments are likely. To prevent health issues, they should worship Lord Hanuman.

Unfavorable Months: June, July, August (During these months they should pray to their favorite deity and perform the recommended rituals)

Pisces General: January may well turn out to be the month for professional excellence, for the Pisces. That apart, this month ...

Pisces Love and Relationships: True love can blossom into a close relationship, now. But you may have to be patient, and give at least some t...

Pisces Money and Finances: Money matters may witness gradual improvement. Money transactions will work to your advantage. You may also be...

Pisces Career:You may not be able to make expected progress in the job front, now. Your over-confidence may make you take on...

Pisces Business: Business people may have to think twice before taking any decisions and doing anything significant. Your conti...

Pisces Professionals: This is likely to be a very promising period for professionals. There are bright chances of people getting new...

Pisces Health: Health may require care. In case of any health concern, please avoid doing any self- medication, and instead, ...

Pisces Student and Education: Students are required to concentrate fully in their lessons, and this can help them to carry on with their stu... 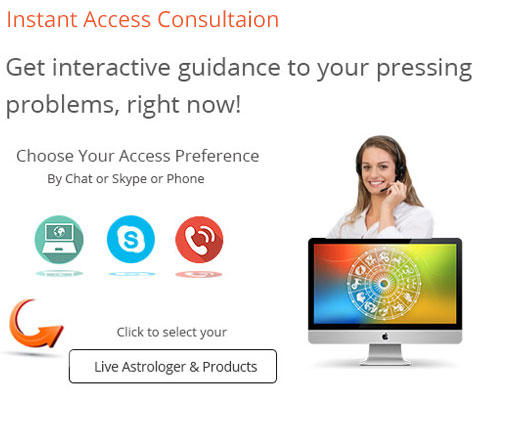 Check Out What Other Horoscope Predictions Users Have To Say...

Most of the predictions are true for me

astroved new look is very good and user friendly. i regularly visit this site for vedic remedies for any paranormal solutions. i like it very much.

Daily predictions are very accurate , appreciate your Team for their in deep understanding of Astrology

Mr. Karthik B. has predicted my horoscope and he suggested mantras to get admission in the university. At first my situation was hopeless and I was facing lot of hurdles to get admission. After chanting those mantras, I got admission easily. I would like to thank Mr.Karthik for his awesome prediction that changed my life today. Also I would like to thank AstroVed team members for touching the lives of many people through your service. GOOD JOB GUYS !!