Maha Shivaratri is a Hindu festival that is dedicated to Lord Shiva, one of the gods in the Hindu trinity. It is celebrated on the 13th night/14th day of the 11th Hindu month of Phalguna or Maagh (February-March). On this day people observe an all-night vigil and fast. They also read about the glory of Shiva and chant his name. There are more interesting facts about this holy day 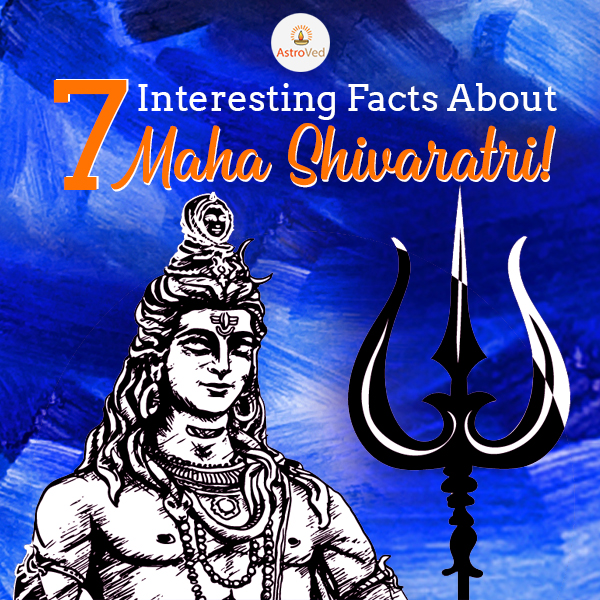 1) The word, Maha Shivaratri, means ‘Great night of Shiva’.
2) Shiva and Shakti are the two major forces in the Universe. Maha Shivaratri celebrates their union.
3) Lord Shiva got married to Goddess Parvati on this day
4) On this night, Lord Shiva danced the Shiva Thandavam, which is the dance of all creation and destruction
5) For unmarried women who seek a husband like Lord Shiva, it is a special night for he is the epitome of a devoted husband
6) On Maha Shivaratri, married women worship Shiva for their husbands’ welfare
7) The time when Lord Shiva manifested as the Lingam on earth is called Nishitha Kala. It’s the most important time for performing Shiva pooja and it is at night.
8) Poojas, fasting, abhisheka, and all-night vigil are part of Maha Shivaratri rituals, along with meditation and prayer. Devotees fast on the day preceding the night of Maha Shivaratri. Some take food only once while others have a fruit and milk diet.
9) Pooja for Shivalinga is an important ritual on Maha Shivaratri. The Shivalinga is bathed with various items like honey, milk, butter, sugar, Ganga jal, black sesame seeds, etc. This is followed by the application of sandalwood paste and rice. Offerings of fresh fruits and flowers are made.
10) The prevalent belief is that worshipping Lord Shiva on this night and observing the Maha Shivaratri 2020 fast for the entire night, can remove negative thoughts like anger, hate, greed, lust, etc.