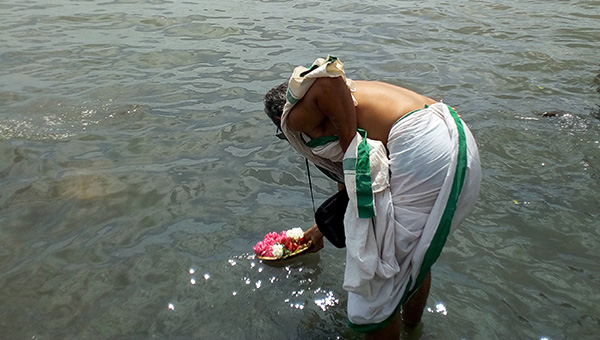 Are you moaning over the loss of your loved one who passed away, and still feel incomplete in terms of offering sacraments? All the deceased souls survive beyond the mortal, physical bodies as a divine spirit. These spirits of the recently departed and the ancestors often require support and nourishment to reach the heavenly abode from this three-dimensional world.

One suffers from Pitru Dosha when the souls of their ancestors are not pacified with appropriate rituals such as Tarpanam (Shraddha). For succeeding in our efforts, it is very important to receive the blessings of our ancestors. We aid you on this regard by providing Tarpanam service performed by expert priests and help our ancestors reach the higher planes of light and become family deities in the other world.

According to Vedic scriptures, certain important rituals have to be performed at least once a year to pacify the souls of our ancestors for them to attain peace and salvation.

Vedic Astrology and traditions bestow us with an ocean of information upon the last rites or Tarpanam rituals that need to be performed to soothe our ancestors’ souls. We offer access to skilled experts or priests who can perform the rituals for you and relieve the souls of your ancestors to reach the other world.

What is Tarpanam or Shraddha? 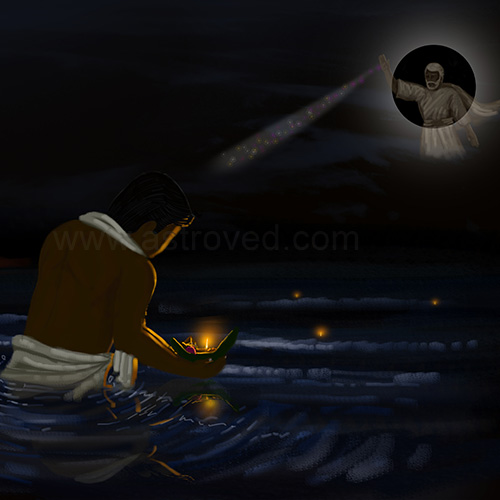 Tarpanam or Shraddha is a formal ritual which is conducted by people to their deceased ancestors or family members to help in the transition of the soul to heaven or next birth. The benefit of participating in the science of Shrardha and Tarpanam are the blessings it ultimately brings to the entire family. This vital ritual works on your soul DNA and cleanses your karmic effects.

The practice of offering Tarpanam is being followed in India since thousands of years, and is usually sponsored by a family member or close friend.

Shraddha is the most important last rite ritual performed within 15 days after death and can be performed on every New Moon Day. Our expert astrologers suggest certain days that are highly favorable to perform this ancestral ritual to help our forefathers attain inner peace and proceed further to afterlife or salvation.

If a person does not know the death date of their relative, parents, grandparents, brother, sister, or anyone deceased for that matter, then they can perform the ancestor rituals on the following two days:

Blessings of your ancestors

Your mind, body and soul are related to your ancestors and they highly influence your thinking and desires from your ancestral lineage dating back to 7 generations. Performing this 10000-year old ancestral ritual can release the emotional pain within you and can help in pacifying their souls.

One must follow the below rules on the day of Tarpanam:

For 15 days until the ritual is performed, all family members should:

Avail this divine opportunity to perform the last rites ritual properly as suggested by Vedic Astrology by our expert priests and help your forefathers in their journey of soul transition.

For fertility and conception aspirations, we examine the mother-to-be’s horoscope to analyze the strength.

One of the wonders of the world is that you can experience this ancient, divine predictive science.

We invite you to experience the power of amazingly effective Vedic remedies in the form of Homas.