Kala Sarpa is a ‘yoga’ as opposed to a ‘dosha’. A yoga can prove to be beneficial or favorable at some point in life while a dosha can be unfavorable, if left unchecked. When you understand how to use the power of Kala Sarpa yoga you can approach it with wisdom rather than fear … just like a material world snake. Rahu is the planet that would break/cease and Ketu is the planet that would pose threats.

Participate in the Kala Sarpa deluxe package which includes 48 days of Pooja to Rahu and Ketu Yantra, a Fire Lab to Rahu and Ketu on the 48th day. After the Poojas, the Yantra will be submitted in the Shiva Powerspot. A special Hydration Pooja will also be performed to Archetype Shiva and food feeding for 11 people will also be performed on the las...

Get a heads up as to what will happen phase by phase because of Kala Sarpa Dosha created by Rahu and Ketu. This report can give you a more detailed look at the influences of Rahu and Ketu on you based on your birth chart. You will have information to know when to act and when to wait.

If the ascendant or Moon is not in the axis and all the planets are in between Rahu and Ketu, it is also Kala Sarpa yoga, even though the planets are moving towards Rahu. Eg: Actor Rajinikanth, Tom Cruise and Arnold Schwarzenegger. Kala Sarpa Yoga is oftentimes genetic, meaning that it will be passed on from one generation to another through the DNA. Further, there is a critical age associated with Kala Sarpa yoga. i.e. 33 Years. At this age, an important reversal of energy occurs. For example, if up to the age of 33, you have suffered then after this age, success will start to come often unexpectedly and in major ways. The converse is also true. If in your younger years you had noteworthy success, you may become introduced to difficulties and blockages, halting your successful progress after the age of 33.

Former President George W. Bush is a famous example of this reversal of fortune. In his youth he was rebellious, an alcoholic, on marijuana and even held a criminal record for driving while intoxicated. After the age of 33, his life changed. He stabilized himself and made financial gains. He also established a successful political career after the age of 33.

Kala Sarpa yoga or dosha in ancient tradition is believed to be caused when either you or your ancestors have killed or harmed snakes instead of respecting and worshiping them in a previous birth. It’s generally believed that the presence of Kala Sarpa Yoga weakens the chart of the native. But in sharp contrast, there are many world famous leaders and celebrities who have had this yoga. In reality, what this yoga shows is the development of certain strengths at the expense of others.

As we are aware that if all the planets are under the clutches of Rahu and Ketu, it is called Kala Sarpa dosha. The people who were born during this period may not get benefits especially when it is during Rahu or Ketu Dasha. If proper remedies are performed, it will bless the natives with all the benefits and take them to higher positions.

The General Effects of Kala Sarpa dosha:
1) Fear and insecurity
2) Mental unrest
3) Financial hurdles
4) Problems in progeny
5) Chronic ailments
6) Sudden fall in wealth and reputation
7) There is a mismatch in opportunities and your age
8) Always feeling dependant
9) Hardly meeting the expectations
10) Your children do not respect you
11) You have problems in your relationships
12) Discontented in most areas of life
13) Your career is unstable
14) You are unable to cope in society
15) Fear of heights- Acrophobia
16) Fear of being touched – Haphephobia

Nagas – not all Snakes are Snakes 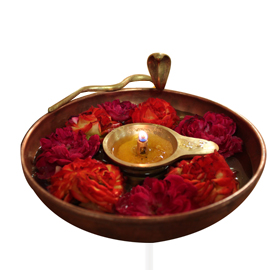 Naga’s are very powerful mystical beings that look like Snakes, and can grant boons, curses or both. Snakes are also closely associated with Kundalini and many forms of the Goddess. Naga Dosha is caused when in a previous life, you or your Ancestors:

While this explains the source of a Naga Dosha, and even though you are not the same person now, nevertheless, the effects from your ancestors or your prior births are strongly impacting you now.

What You Should Do with Naga Dosha

Regular remedies will reduce Rahu-Ketu Afflictions and enhance Rahu-Ketu boons. We recommend that you participate in Rahu Ketu Fire rituals and in Anointing/Hydration Rituals to Shiva at His famous temple in South India.

You should also make a commitment to consciously develop the area in your life indicated by the astrological houses that are empty of planets. By developing what these houses indicate you, keep at bay the one-sided thoughts and ideas that will come your way and warp a true perception of reality and relating to others.

Those people who were born during the under noted period are subjected to have Kala Sarpa dosha.

The Kala Sarpa report is applicable for the people born in and within the above dates and will help to analyze whether they have Kala Sarpa Dosha or Kala Sarpa Yoga. So get your personalized Kala sarpa report.